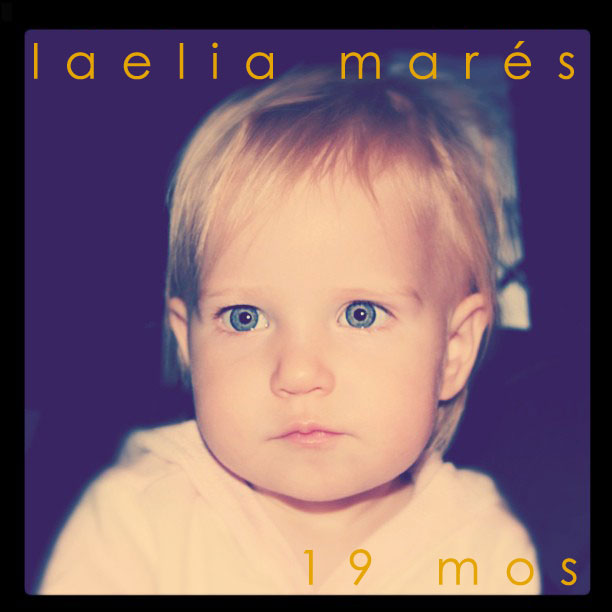 I always seem to make photos that look like album covers... Should I just do that? A different album cover for each milestone!

So, Laelia turned 19 mos last Thursday, and I would have loved to have made a post on the actual day, but last week was so busy! Not that this week won’t be, but I’m going to get a head start on some blog  posts and I won’t let anything get in the way of the actual paying work I have… (Take that Thanksgiving! OH, who am I kidding, I don’t stand a chance >.<). Anyway, 19 mos? Now we are over the hump and on the way to two years old? Wow.

Not much new from last month, but I’ll try:

– is definitely trying to dress herself. She’s actively trying to make buttons work, has managed to get socks on, shoes on, and is figuring out how to take clothes off. I even found her today with the Ergo draped over her! And a bunch of old watches on both arms! She very successfully puts glasses on now as well. I’m surprised by how early babies do this!
– “reads” to herself and traces words. She’s been doing this for a while, but I forgot to document it last time, and it’s just so darn cute.
– got out of bed the first morning it poured here in L.A., went to the window, opened the curtain, and stared quietly outside for at least 3 minutes. It was very sweet. :)
– is definitely learning to feed herself with more and more skill. Her mess is 3 times smaller than it used to be!
– still not ready to sleep on her own, but also still going down very easily and quickly with both her parents lying with her. She almost always has the most blissful looking smile on her face when we lay down with her. It’s pretty amazing! No complaints. :)
– has not breastfed in a little over a week. We’ll see if she asks again. Is that even possible? I feel like I have read stories about women who will occasionally bf every two weeks or so…
– still hasn’t had a major tantrum/meltdown in a public place, or even at home really, so I guess we just aren’t really at that point yet? I see signs of it, but we can talk her through it pretty easily so far. That’s not to say she doesn’t throw fits! She does this very slow and drawn out little ritual in which she must lay down sprawled out on her stomach and whine about something. What’s with that?! It is just nothing that has ruined my day yet. I did ask her why she was being such a “bratty-brat-brat-brat—brat—brat” (please sing to to the tune of YGG’s “jumpy-jump-jump” song) the other day, and I’m not so sure she thought my take on the song was very funny. =/ It probably wasn’t, and I probably should not even jokingly refer to my 1.5 year old as a brat, but I guess singing a silly song is probably my way of releasing momentary frustrations.
– loves to go “side?” (Outside). She loves to take walks! Makes me wish we had a yard for her to explore…

I’ve started looking into preschools. I don’t think I will be sending her for at least a year, but I know the schools in my area have waiting lists. The co-op nursery school I think I’m most interested in has a waiting list for the 2012-2013 school year already! Sheesh! 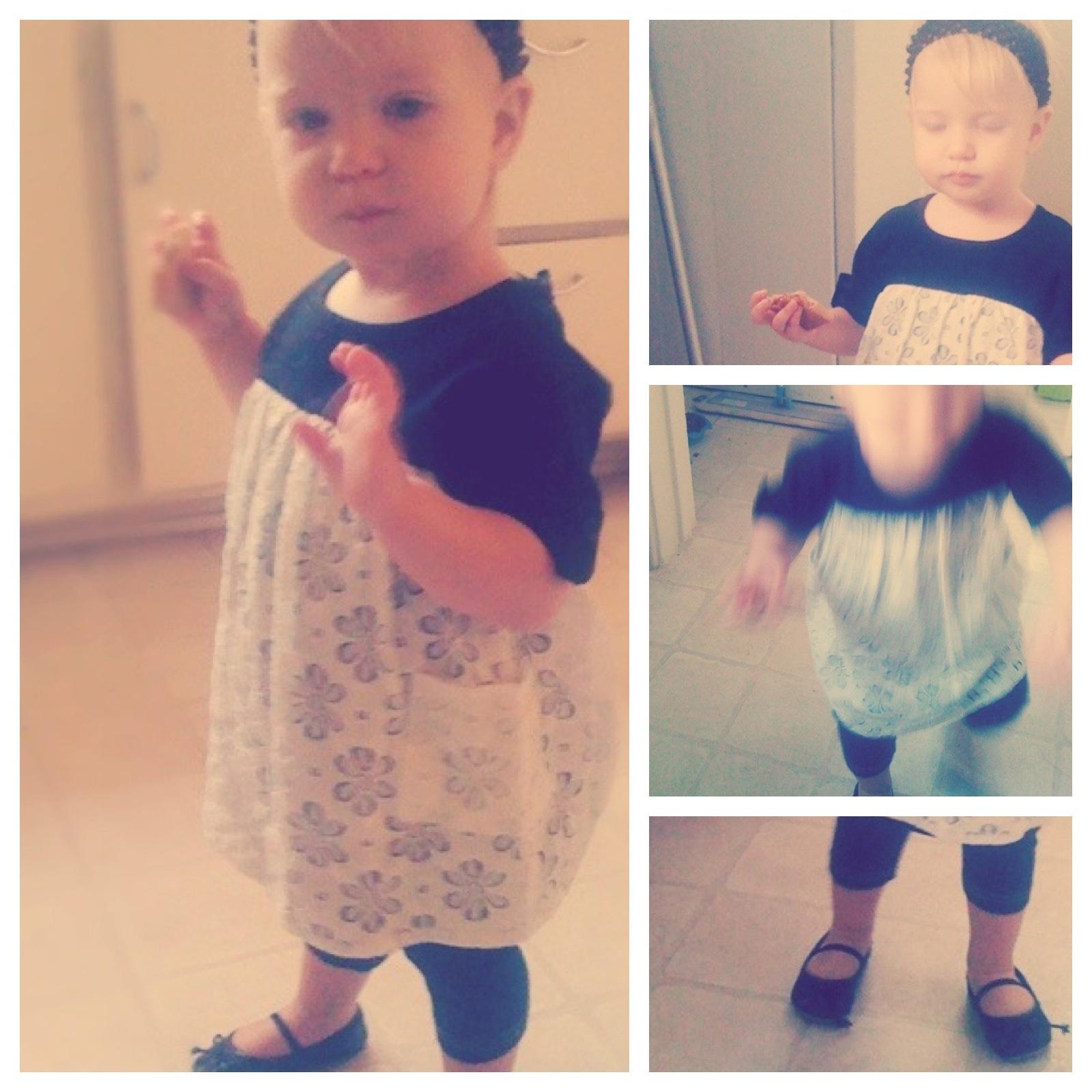 categories / As Laelia Grows
Tags /
Warning: count(): Parameter must be an array or an object that implements Countable in /nfs/c04/h06/mnt/59434/domains/visualvocabularie.com/html/wp-includes/class-wp-comment-query.php on line 405