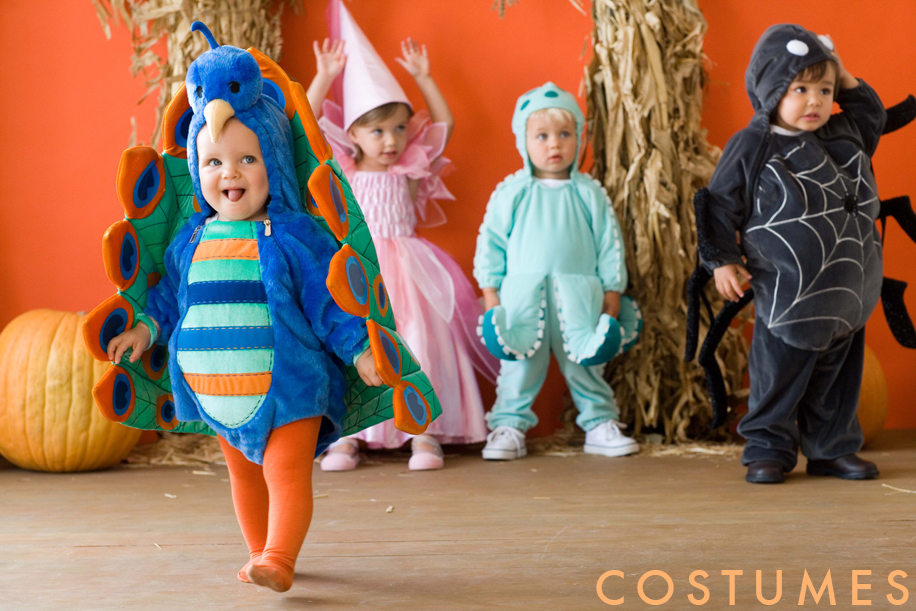 Hi All! I just wanted to make a little note here on my blog that my costume portfolio is now online, despite the fact that I am still hunting down some photos for the press & photos section, and I don’t have all of the costumes I designed on display. I have a feeling I lost more files than I thought in the Great HD Crash of October 2010… Regardless, I wanted to mark the progress that I have made, and talk a little about the babystyle costumes.

Designing costumes was probably one of the most unexpected things I have had a chance to do in my career, but it also is something I have always wanted to do, and it turns out designing them is some of the most sheer fun you can have! It came to me pretty naturally. I just put myself back into my three-year old mindset, and thought, “would would I want to be? What small details would make me want to wear something, and would spark my imagination”. At least, that’s how I felt about the kid costumes I designed. When it came to the baby costumes, I would think about making a large stuffed animal that a baby could wear and become adorably cuddly, or incredibly sweet, or just plain funny.

One of the things babystyle was most well known for was our “Costume Boo-tique”. People would start searching for it in June. We usually released it in July, and the most popular costumes would sell out before the end of August… and then we’d see them sell on eBay for over $100. When I first started there in July of 2006, the costumes designed by the previous designer, Beth Albrecht (who was Beth Bilodeau at the time), had just hit. She designed the infamous peacock costume that you see at the end of every episode of 30 Rock. What’s funny is how hard Beth and the toy buyer had to fight to keep the peacock, and it ended up being the top seller! And that’s how I came into babystyle, with all this talk about the peacock, lol… I ended up designing a peacock bunting because it was so popular, and I had to pick a shorter pile plush fabric for the body because the original became too expensive — so you know that you have a more rare babystyle peacock costume if it has a slightly more royal blue long pile plush on the main body! The next year, the ladybug costume I designed was a huge hit, and the following year it was the witch costume (we had decided to really flesh out our toddler line that year). I had 3 costumes featured in People magazine’s 10 cutest costumes of 2008, and Britney Spears bought the lion and the turtle from the Sherman Oaks store for her boys. 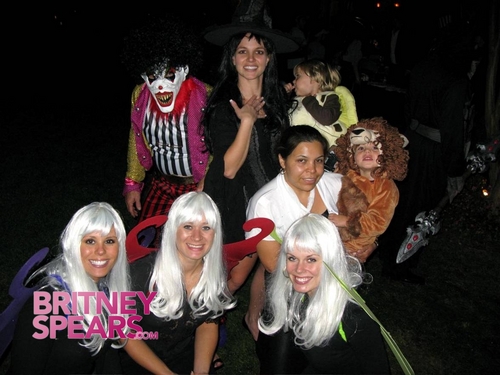 Britney Spears has her boys in the Turtle and the Lion costumes.

Every January I would go with the VP of Product Development and Import Logistics (a.k.a. my boss) to Hong Kong for the annual toy show and to the plush factory in China to go over all the details and development of the new costumes. It was an incredible experience! The last line of costumes (also my favorite) I designed never hit the stores–two weeks to the day that we came back from overseas they pulled the plug on us. It was also the day our first dress up samples came in (I have one photo of the colonial dress from that day — see below). I still feel like it was such a shame. :( But now you can see some of the designs in my costume portfolio! 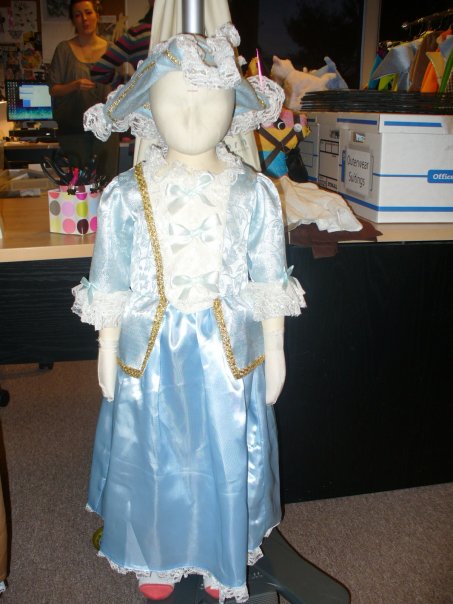 You can see me talking to the baby & kids designer Robin in the background, the rack of costumes on the right, and even Kitty is standing on some boxes!

categories / My Work
Tags / babystyle, Beth Albrecht, Finished Project, portfolio
Warning: count(): Parameter must be an array or an object that implements Countable in /nfs/c04/h06/mnt/59434/domains/visualvocabularie.com/html/wp-includes/class-wp-comment-query.php on line 405