About a week and a half ago, Laelia turned 9 months old, and someone mentioned I should start planning her first birthday party. That was a bit of a shock! I was just thinking about how my baby will be a year old! I’m sort of at a loss of what to do, but I guess that’s part of this whole chapter of our lives. First it was the bridal shower, then the wedding, then baby showers, and now kids birthdays to plan! I honestly don’t know where to start, but I think I just found my first bit of inspiration! 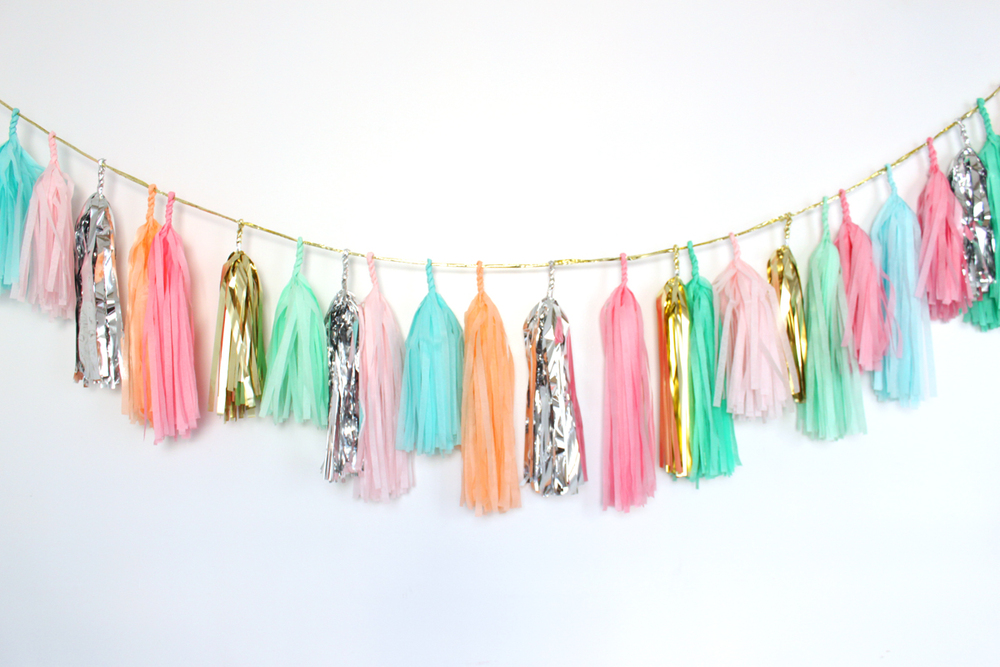 Confetti System is the brain child of Julie Ho and Nicholas Andersen. Check out their Tumbler. They have been featured all over the web (the selby has some great in-studio shots) and so now I’m feeling very dense for only just discovering them.  I’ve been seeing their work around (and loving it) with out realizing where it came from. They did the j.Crew holiday displays, and that line of party hats and banners that is new at Urban Outfitters? Well, they did that too. I predict this to be HUGE in wedding design. I mean, it’s a lot of work, but it is cheap to DIY! My problem (like many’s) is that I LOVE event design, especially having worked in the field, but I’m also really really into being frugal right now so we can eventually buy a house (*dreams off wistfully into space*). However, I’m no stranger into putting wayyy to many hours into something just to save a penny or two, and neither is the ever growing DIY bride crowd. What I particularly like about this is how it’s made with traditional party decoration material, but it looks beautiful. It is beautiful like, permanent-installation-in-my-home beautiful. This is just tissue garlands, sparkles, confetti, and piñatas, but you can’t find this stuff on any of the 100 aisles at your local party store (seriously, who signs off on the tacky stuff at those places?). It also makes a great prop, which means it will photograph well! Oh, I gotta find a good camera for this first birthday now! And start thinking of invites… and party dresses… and cupcakes. :) 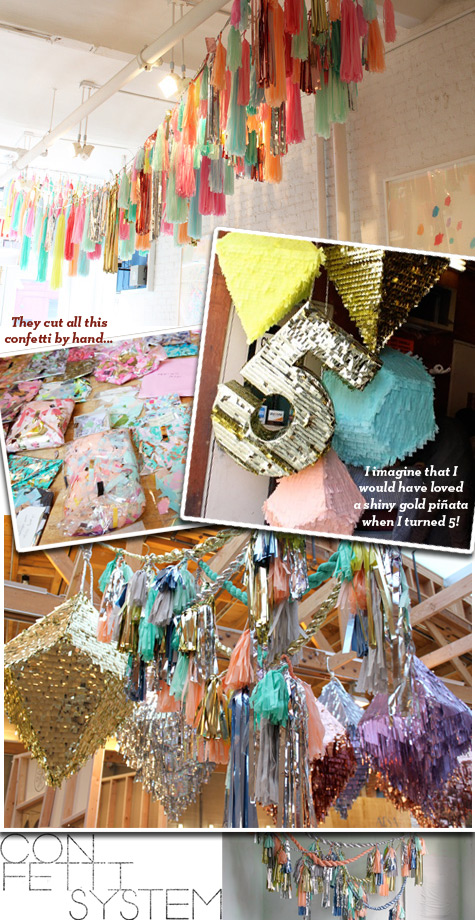 Oh! I just discovered they have a shop. How I wish I could afford to spend $130 on a beautiful garland! For now, I’ll just have to let them inspire me.