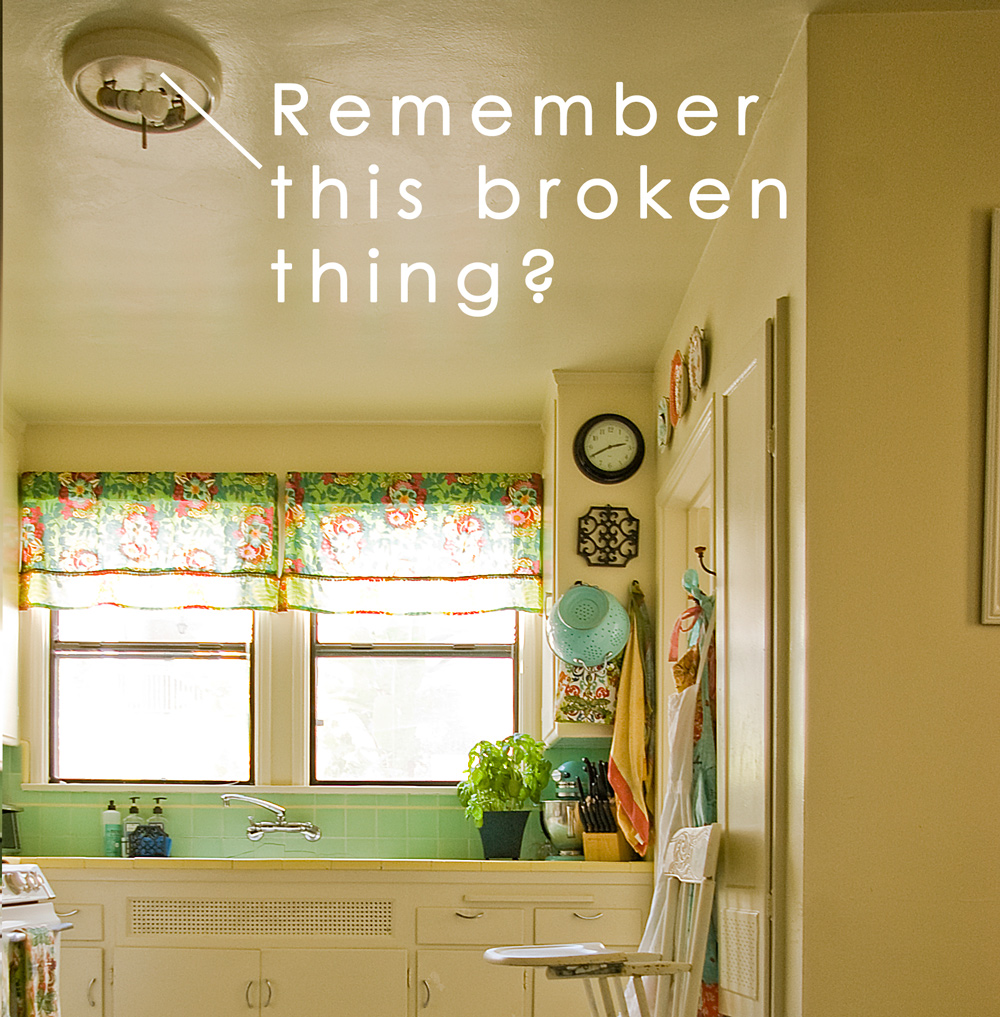 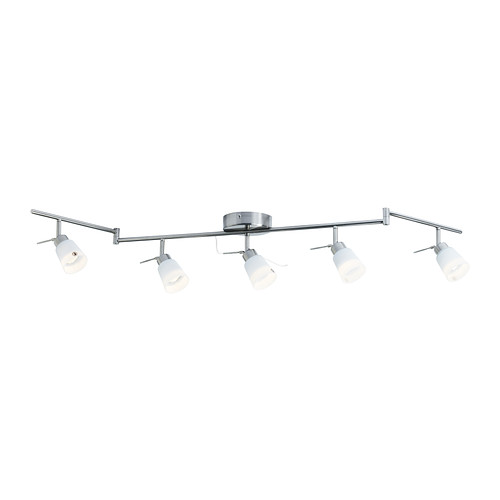 After what was probably way too much thought, we bought the TIDIG ceiling light from IKEA for our overhead kitchen light. It was a whopping $39.99 and has FIVE lights that I can point wherever I want, and we could finally replace the broken, shorting-out light that we’ve been dealing with for over 8 months! In the millisecond that we turned the light on, we understood we had a whole new kitchen.

There is just something about the horrible, standard boob light that you see in most rentals that gives off the worst light. I make it a habit to never turn on the overhead light in our bedroom, but we never had a choice in the kitchen. Another reason we wanted a new light in there was to provide FUNCTIONAL light, i.e. light that wouldn’t cast shadows on, say, the onion you are slicing with a knife. Having 5 little spotlights has certainly helped that come a long way, but we still need to finesse it a bit, and install under-cabinet lighting (which we haven’t bought– I currently can’t convince Tyler of the cost) and some pendants over the sink (which we already bought! And we got one from the as-is section, so SCORE!! Although, they are $5 more in CA than they are on the website). 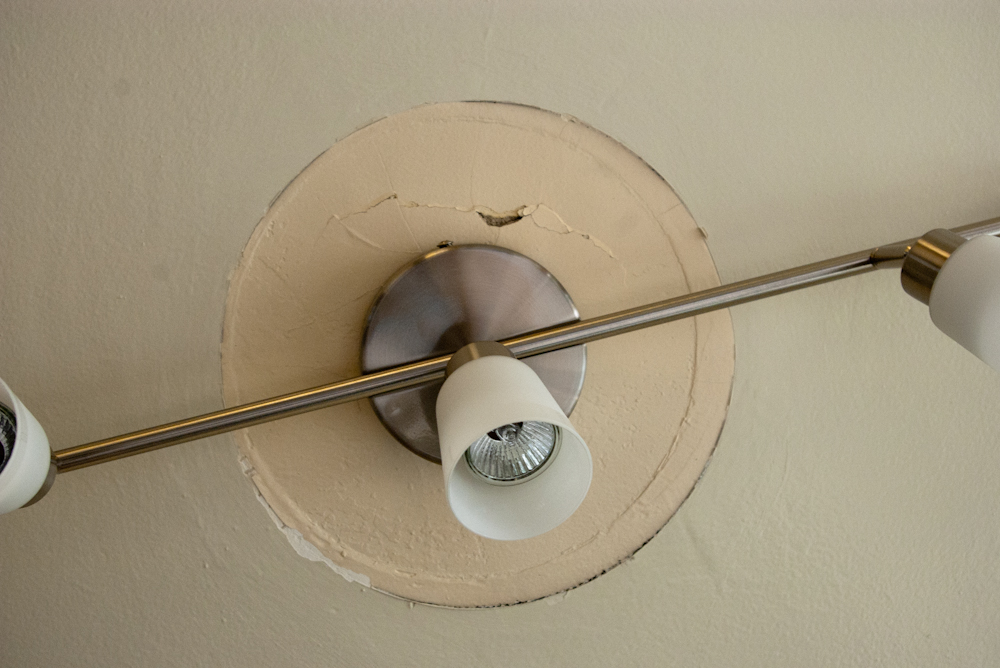 However, when we removed the old light, it revealed a crack in the ceiling, and now we have yet another thing to fix in this kitchen! :( I’m half debating on buying a ceiling medallion, but I just don’t think it will work with a flippin’ track light! Otherwise, we have to patch it and paint it, and I just don’t want to paint the WHOLE ceiling. I’ve never painted a ceiling and it seems very overwhelming. BUT, I think if the ceiling is also a nice bright white, it would help lift the whole room, so there would be that added bonus… What do you guys think? Quick fix, or get rid of the clearly very drab colors going on up here?

categories / Home Tour, Kitchen, Projects + DIY
Tags / IKEA, My Kitchen Makeover, wip
Warning: count(): Parameter must be an array or an object that implements Countable in /nfs/c04/h06/mnt/59434/domains/visualvocabularie.com/html/wp-includes/class-wp-comment-query.php on line 405