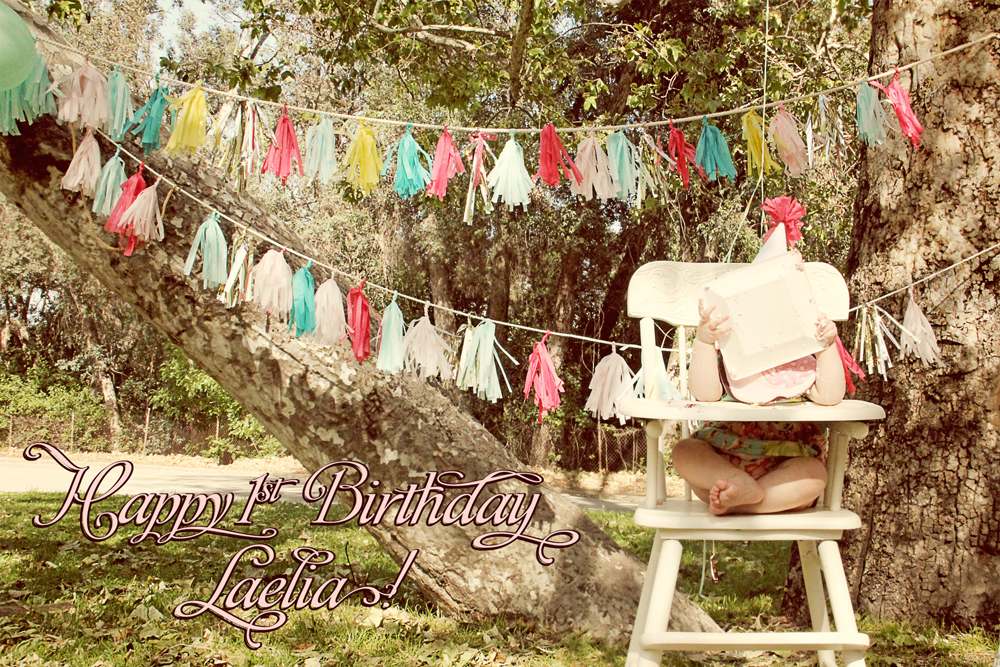 I can’t believe Laelia’s birthday was already a month ago! I feel like it was just yesterday that we were rushing all over the house and then all over town getting everything ready! I have to admit, I was pretty stressed out right before, and I had a pretty good cry right before we started to set everything up; I was over an hour later than I had wanted to be; I was already running late, and I had to get gas (for some reason, this is my least favorite chore), and then my the zipper on my dress broke on when I sat back down in the car. I should have known better; I was wearing a vintage dress that I had modified myself (à la new dress a day), but the zipper had already broke once, and I am probably 20lbs heavier than when I was when I originally modified the dress! So obvious huge sadface there… (but I will be revealing the dress on this site one day! With a NEW zipper! lol). There are a plethora of things that I wanted to do that didn’t happen. I forgot to order the paper straws, I left my freshly painted ornate frame at home (so much for lucky number 13 on my inspiration board!), and I didn’t have all the candy prepared for the candy jars…

Tyler left earlier than I did because 1) we couldn’t fit everything into one car 2) I needed to finish some stuff up and 3) he was going to make a claim on the spot we picked out weeks before. It was probably the first amazing day we’ve seen in a while in Los Angeles, so Griffith Park was packed! We didn’t get our spot but we got this little cove that I  was secretly hoping we would get, despite the lack of easy access to bathrooms. (I even think it  would be a magical place to get married). We had a medium size helium tank, and we ran out of helium before we finished blowing up all of our balloons! We had 3 left over 36″ balloons, and the entire bag of 12″ balloons… We were still setting up when our first guests arrived, but everyone was happy to help! We quickly forgot all of our early setbacks as things started to get going. :) 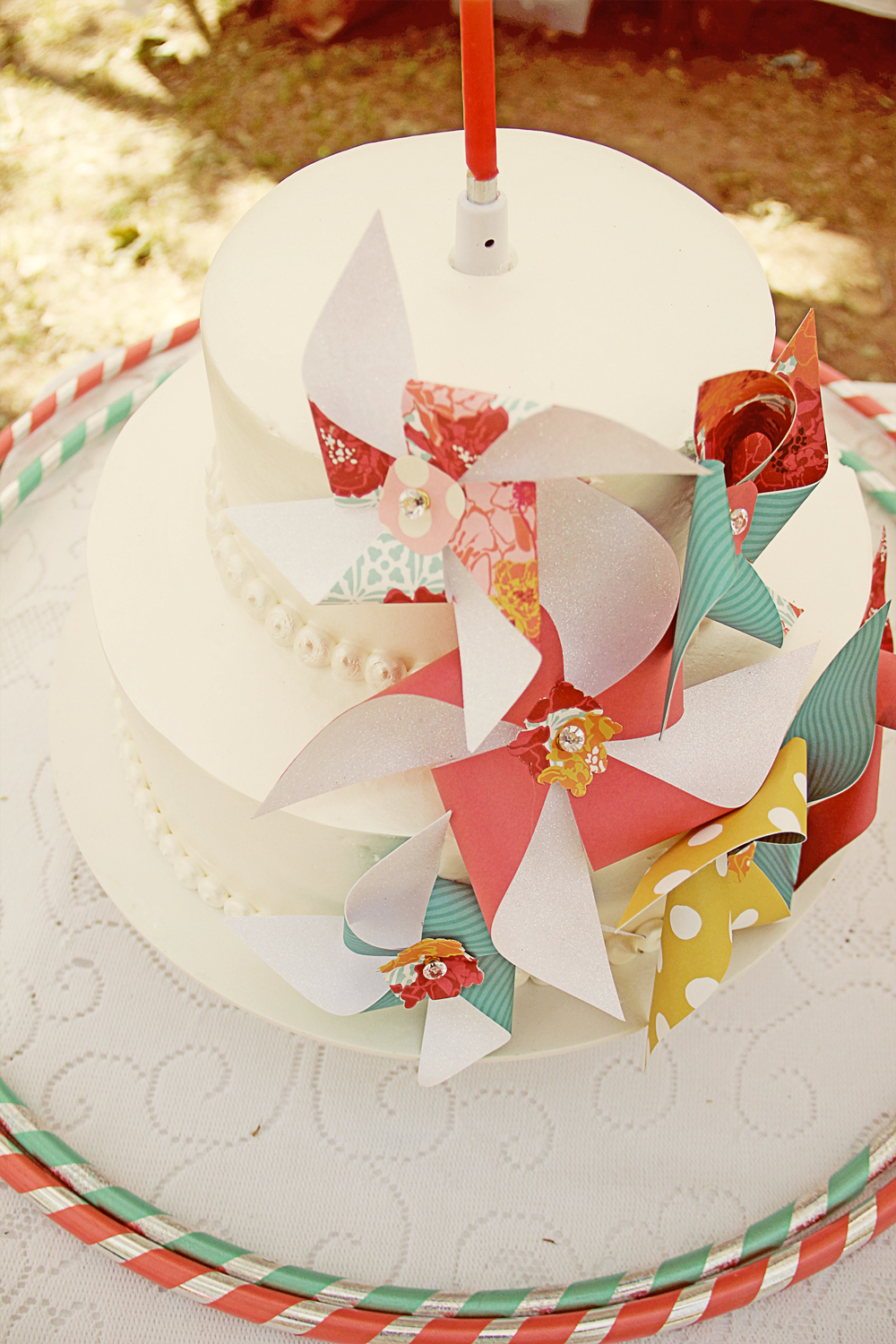 My awesome brother Nick and his awesome girlfriend Katie volunteered to pick up the cake from Porto’s in Glendale. If you live in the area and haven’t ever been there, please do yourself a favor and make the trip. Everything there is muy delicioso and they have such great prices! We ordered the chocolate parisian cake for the lower tier, and the white cake with strawberry cream filling for the top tier. The white cake was specifically for Laelia, and whatever other (freaky) people out there who don’t like chocolate… My awesome mom brought some homemade guac and deviled eggs and watermelon and all sorts of other goodies, and my cousin-in-law Becky (of the nature shower invites) somehow managed to cook up some tri tip, with 4 kids under four (including her newborn twins!), and a sick husband! I’m sure her teenaged daughter Marin helped a little though (she is sling riding in a photo below).  Katie and my bestie helped me and Tyler put together the pinwheels and the tissue garland the night before… And of course Andy came through with some AMAZING photographs to capture it all (if you’d like to see more, check them out on flickr)! Laelia’s birthday wouldn’t have happened with out these people! 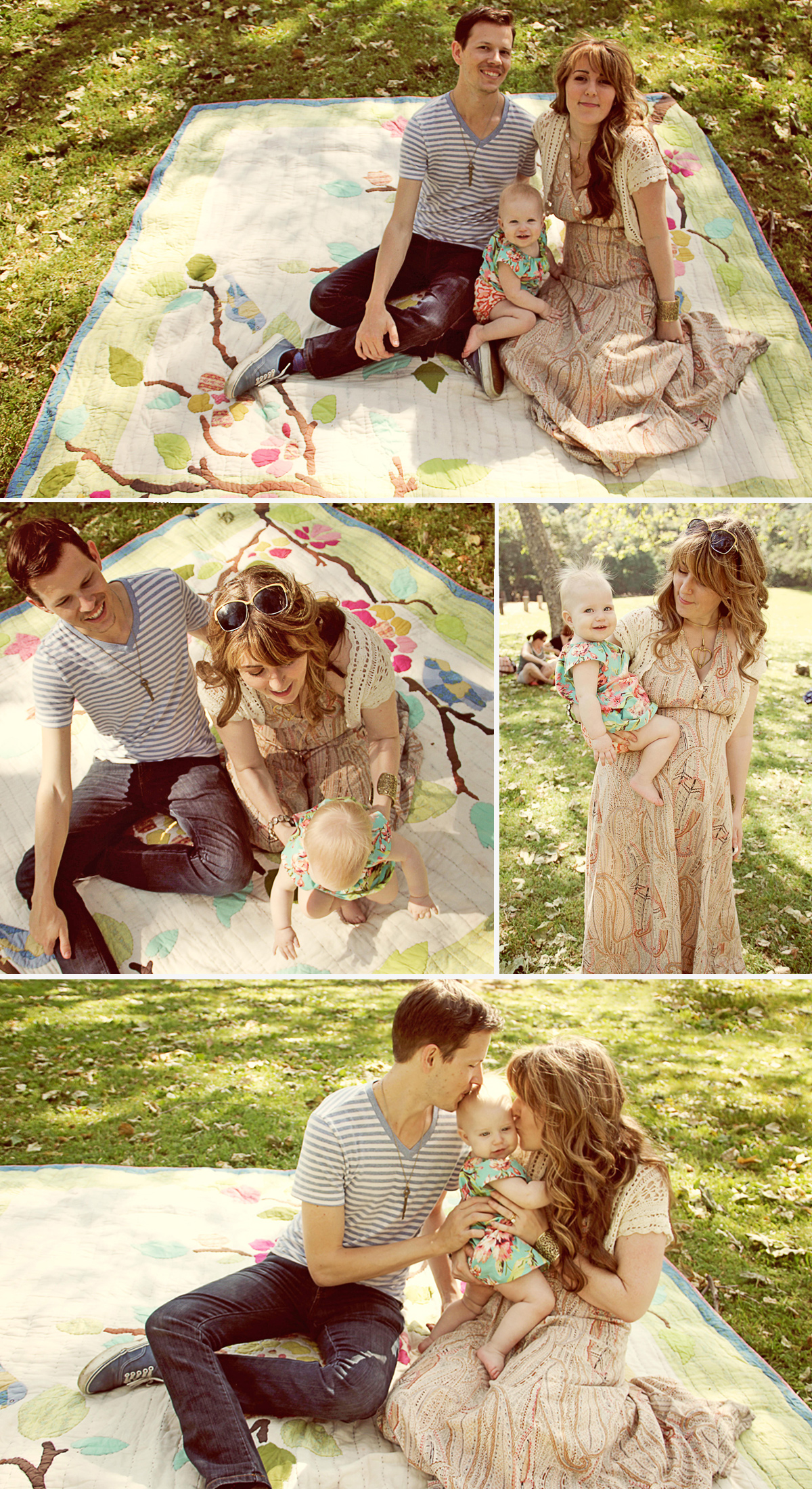 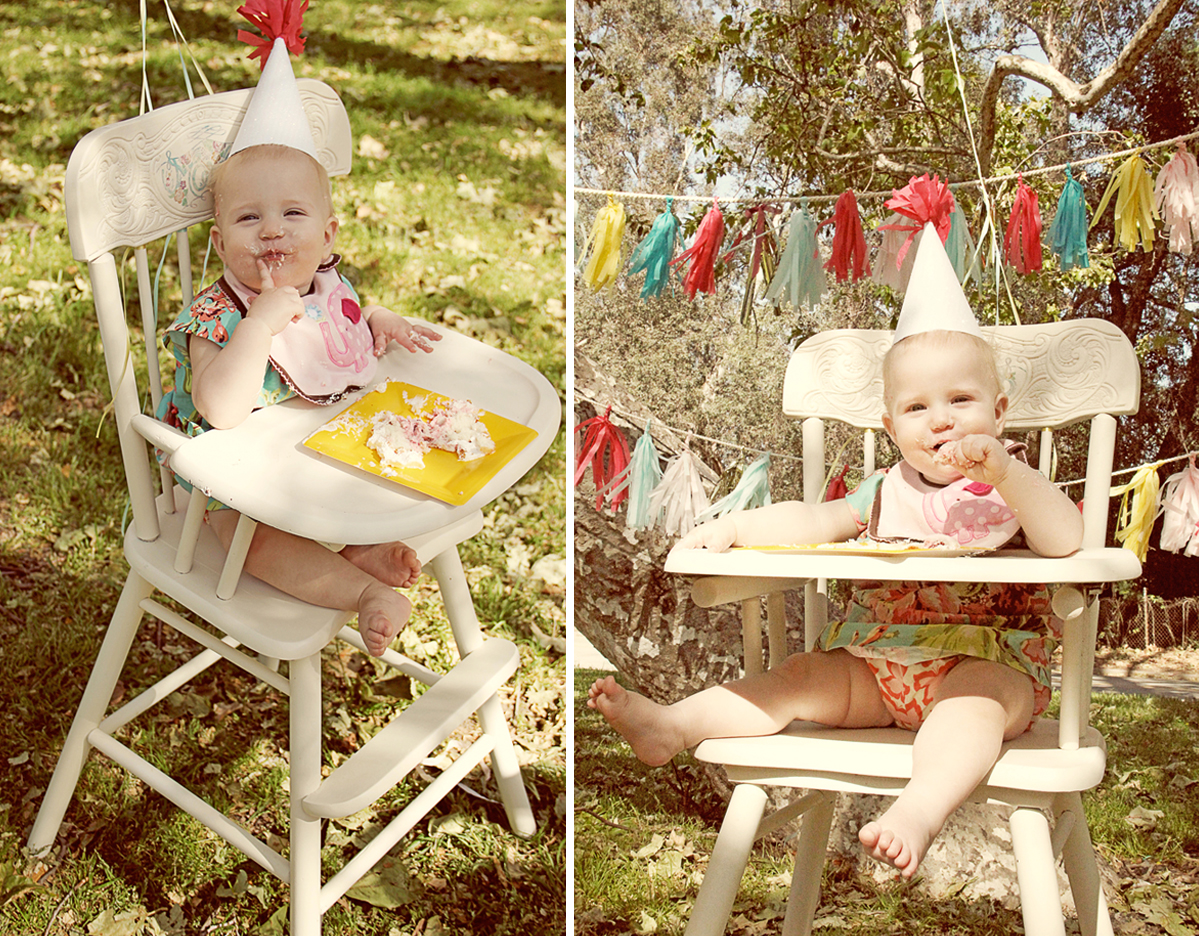 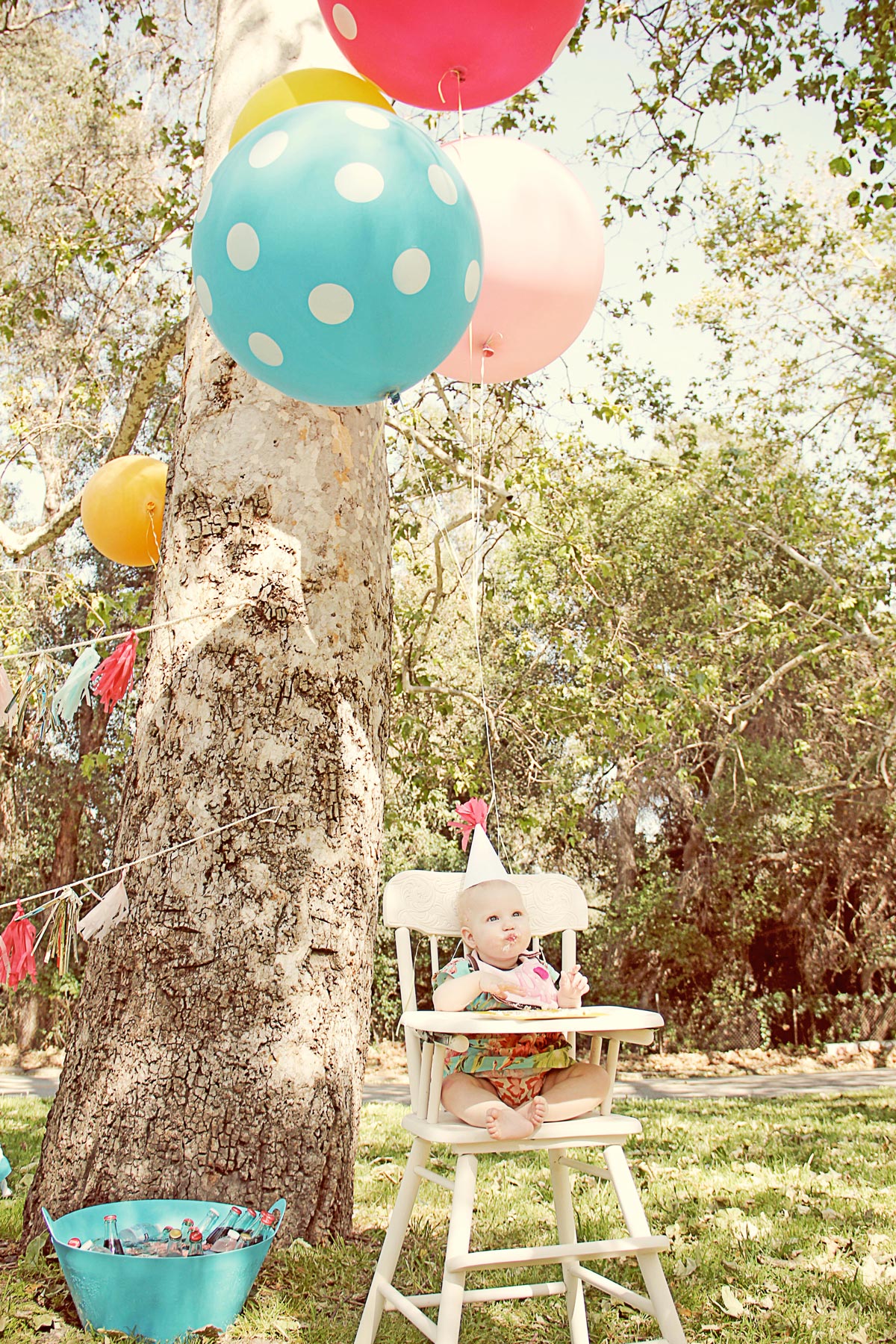 We are so grateful for our friends and family that came together to help us celebrate Laelia’s first year of life. Love you all! xoxo