Liberty of London for Target

Granted, this post is coming a little late. Liberty of London for target launched March 14, and quickly sold out of most of the good stuff, at least on-line and (seemingly), in every Target in southern California, but I want to post about it anyway!

It pains me to think that people don’t know the history or the influences of the items they buy. I know it’s impossible to know everything about everything, but I just find it so interesting to think about the processes and events that led up to the creation of something. Liberty has a rich history, a history which I will absolutely not be doing justice here for I don’t have near enough knowledge about it. If someone wants to buy me a book about it, I would be highly interested. But I’ll tell you what I do know: Liberty & Co. was founded by one Arthur Liberty in London, 1875. This Regent Street department store has influenced generations of homes and wardrobes. I fell in love with liberty prints when I first began working in the fashion industry and learning about the history of textiles, and continuously seeing liberty (or liberty-esque) prints from vintage studios. The liberty department store is also synonymous with the Art Nouveau movement, (Alphonse Mucha anyone?! Yes, please),  so much so that it is synonymous to  Stile Liberty in Italy. (Art Nouveau or “New Art” was art and architecture’s response to industrialization and modernization. It was an attempt to bring an organic and more natural look to modern buildings. It’s roots lie in the arts & crafts movement of the late 19th century. Anyone else sense an arts and crafts movement happening right now?!) Art Nouveau aesthetics saw a revival around the 1960’s, and I think it has been going through a bit of resurgence over the last few years. Maybe it’s on a 50-year cycle instead of the usual 20? 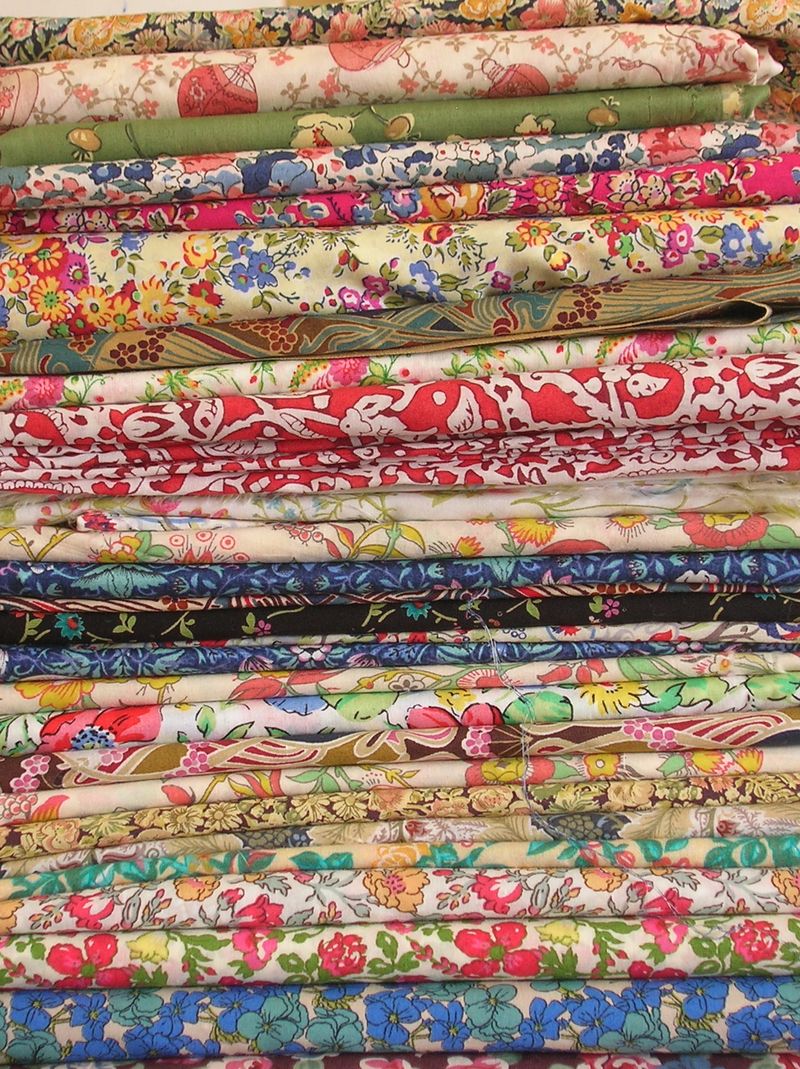 It’s not exactly easy to come across genuine liberty items in the states, which brings us to Liberty of London for Target. I fawn over pretty much every item w/ the label. My fondness for pretty prints leads me to enjoy anything, so long as it has said pretty print on it. “Oh! Look at these gardening gloves!!!” I particularly like the sixties print : 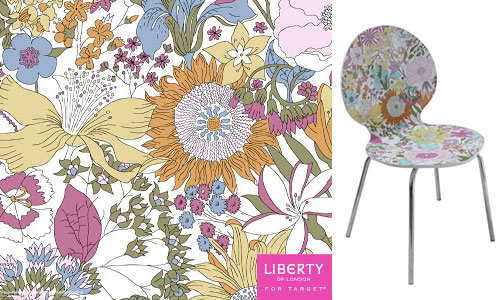 sixties print and the perfect chair

It works itself seamlessly into my new nursery/office. They even introduced a crib bedding set in this print right after I started my quilt! There is an Eames -inspired molded chair in this print that would have TOTALLY worked for the second desk, but alas, I didn’t even know it existed until after it was sold out. Now I’m bummin’ out, and the only way I can get one is to buy directly from Liberty’s UK site, and pay the ridiculous shipping charge to bring it to Los Angeles. I think I’ll just have to keep my eyes open and see if I can’t find one locally. As my grandmother always says “if it’s meant to be, it’s meant to be”. This mantra applies mainly to men and to other objects of desire. :) 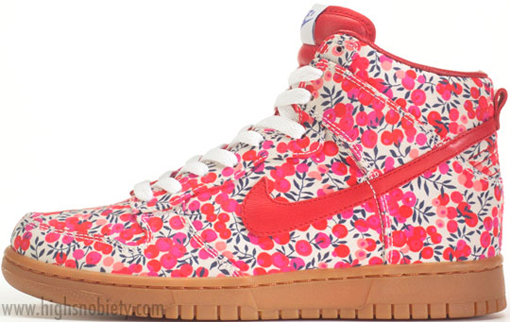 Liberty Nike Dunks! – not for Target, but I think they are too awesome not to post.

See great photos from the NY pop up here via cool hunting.

categories / Be Inspired
Tags / liberty, target
Warning: count(): Parameter must be an array or an object that implements Countable in /nfs/c04/h06/mnt/59434/domains/visualvocabularie.com/html/wp-includes/class-wp-comment-query.php on line 405


One Response to Liberty of London for Target