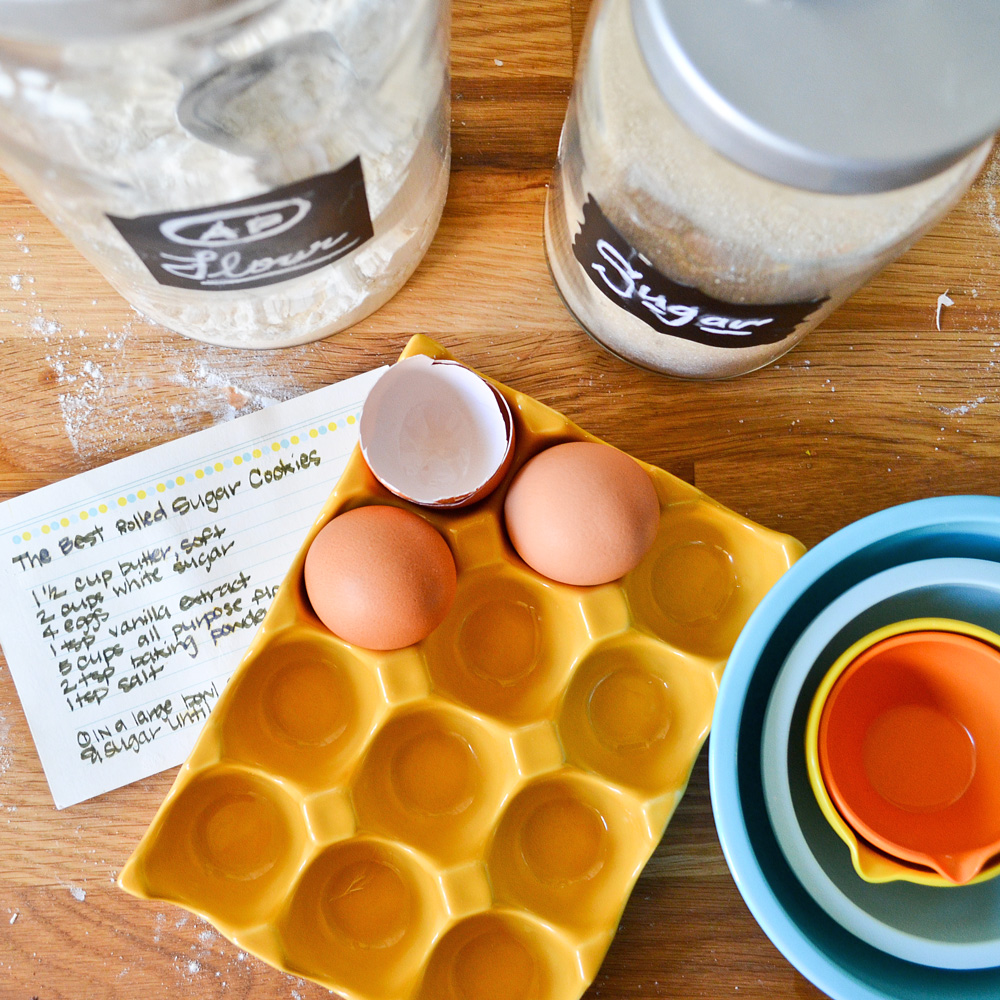 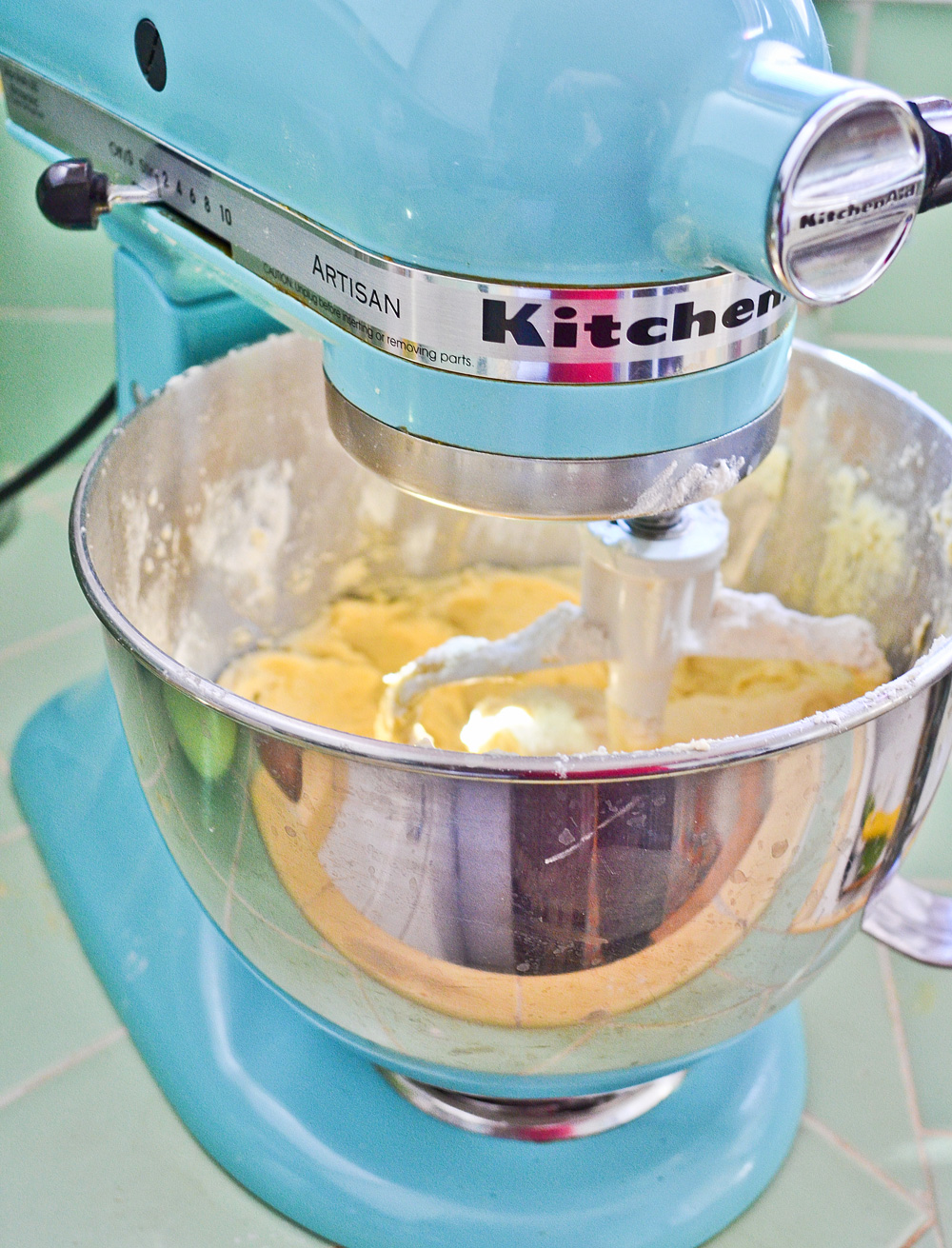 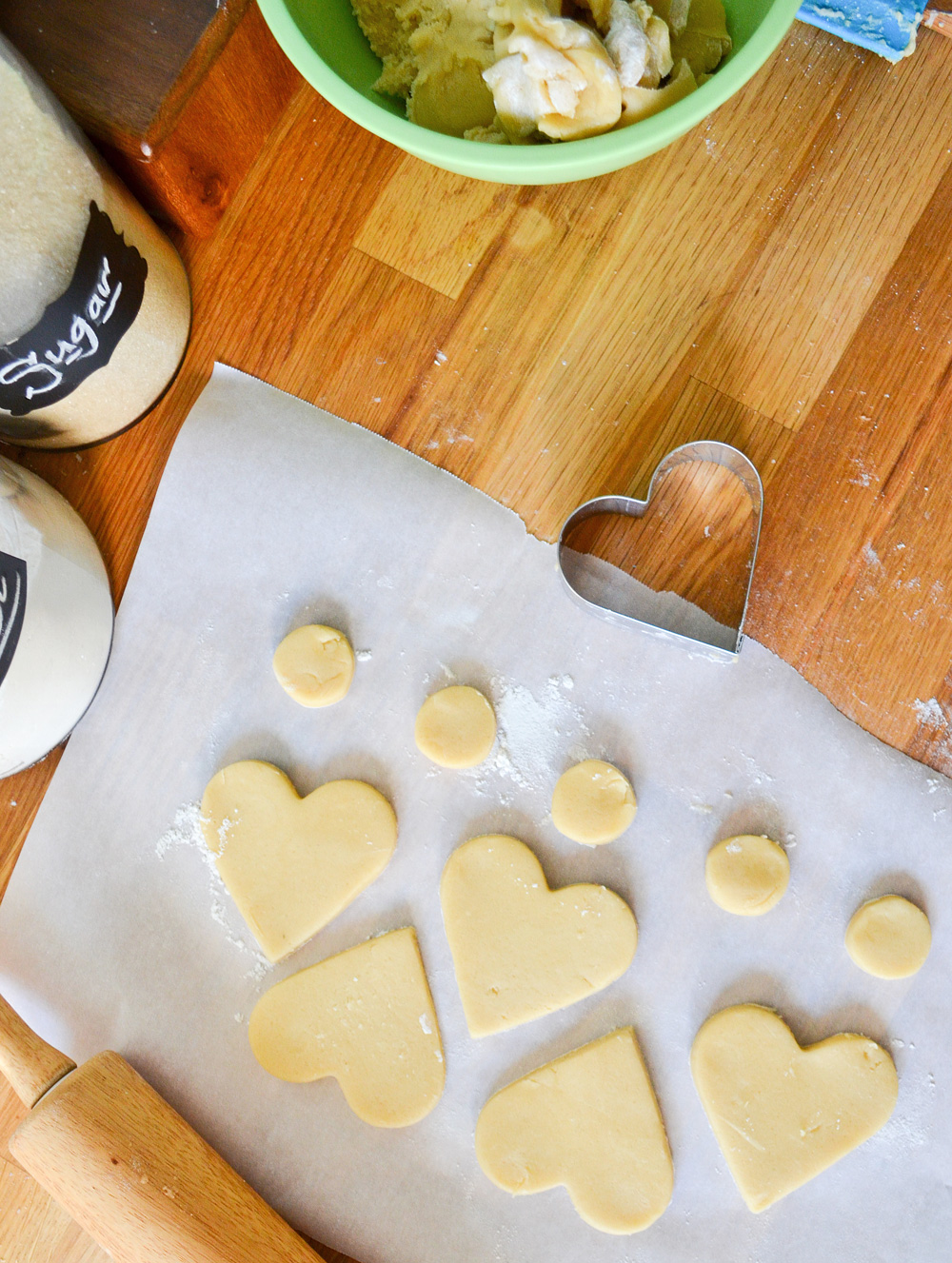 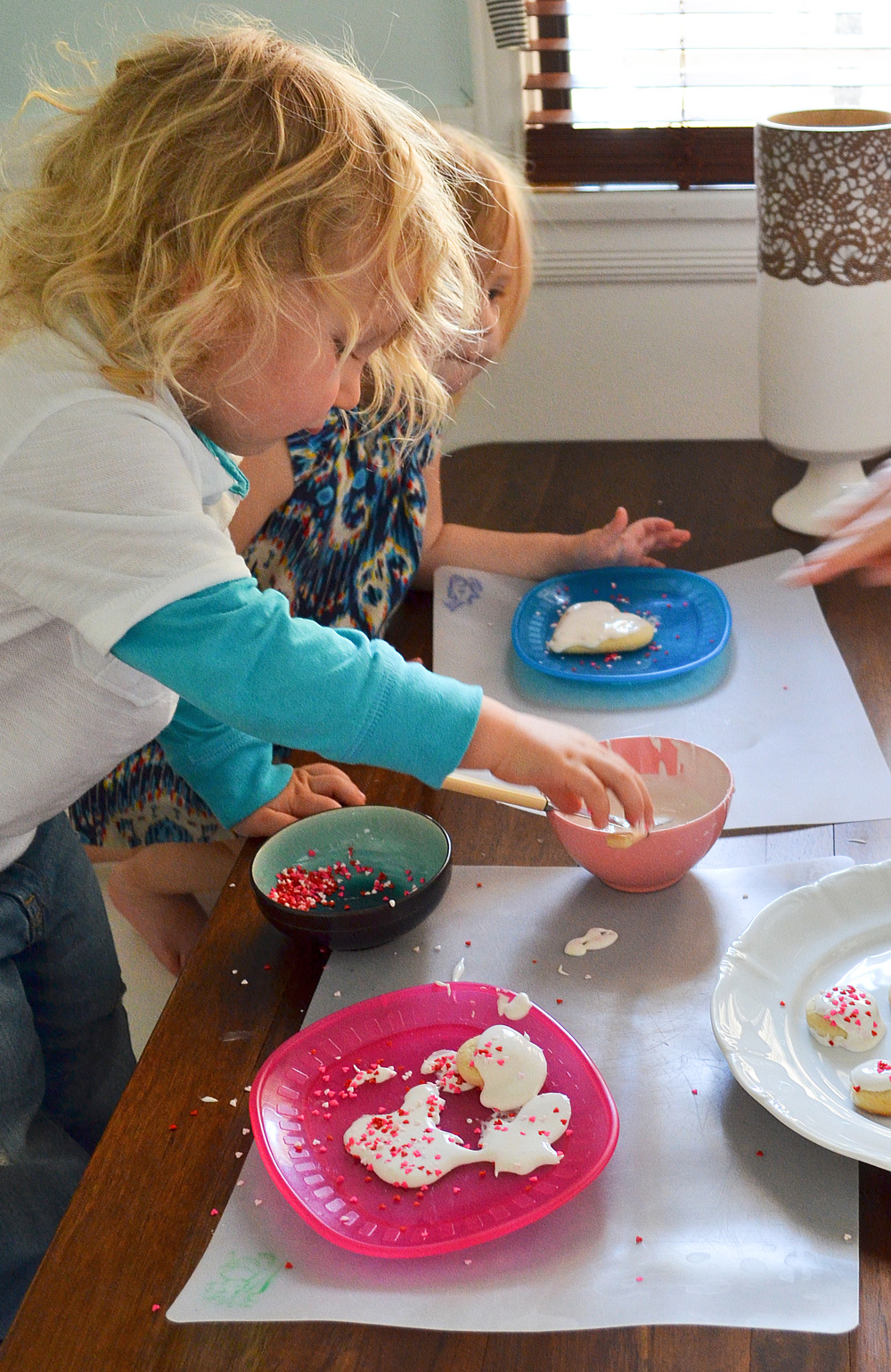 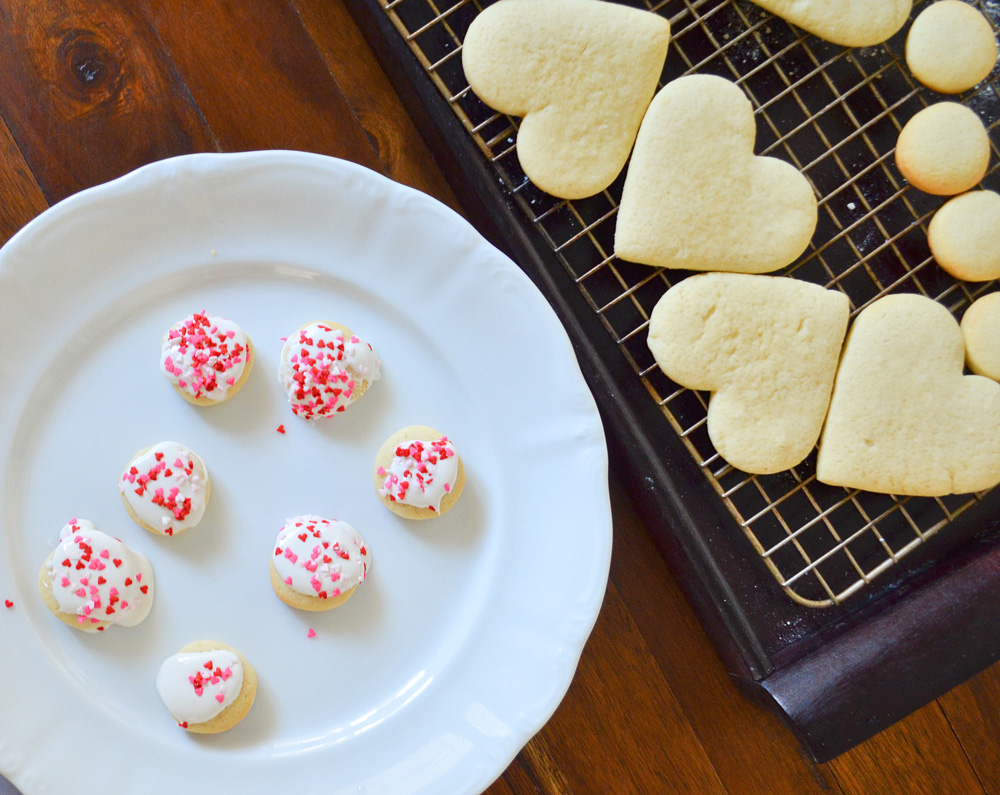 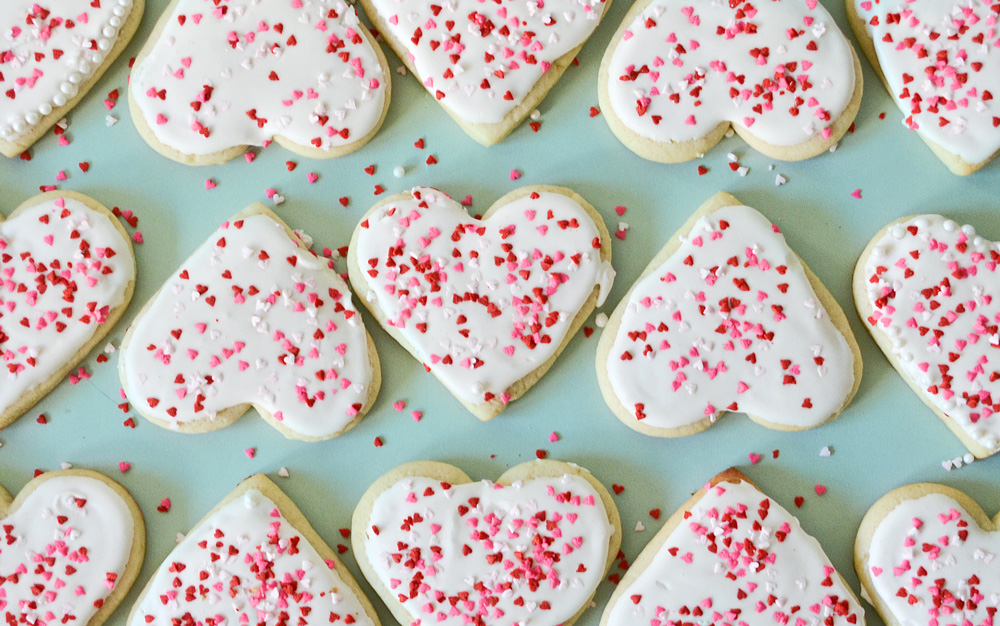 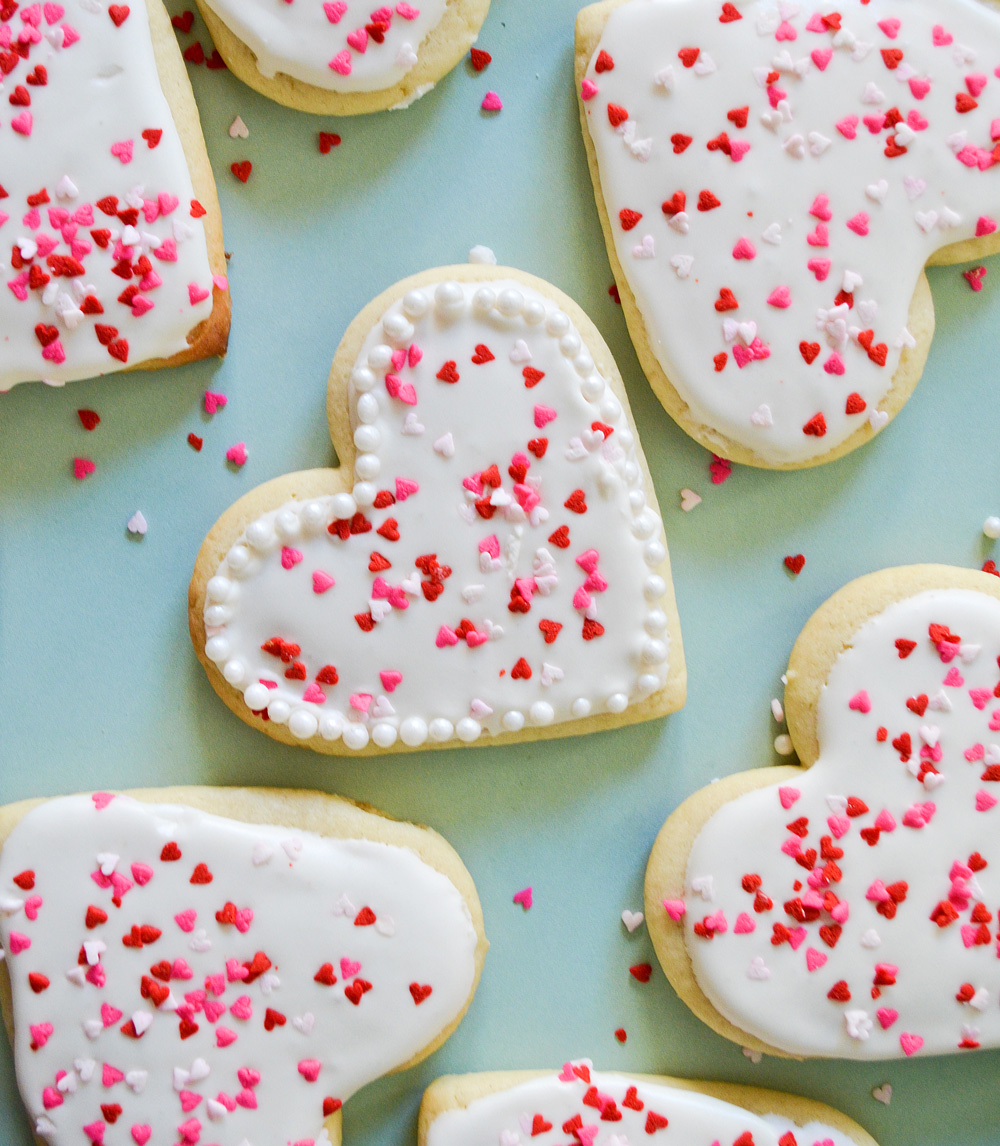 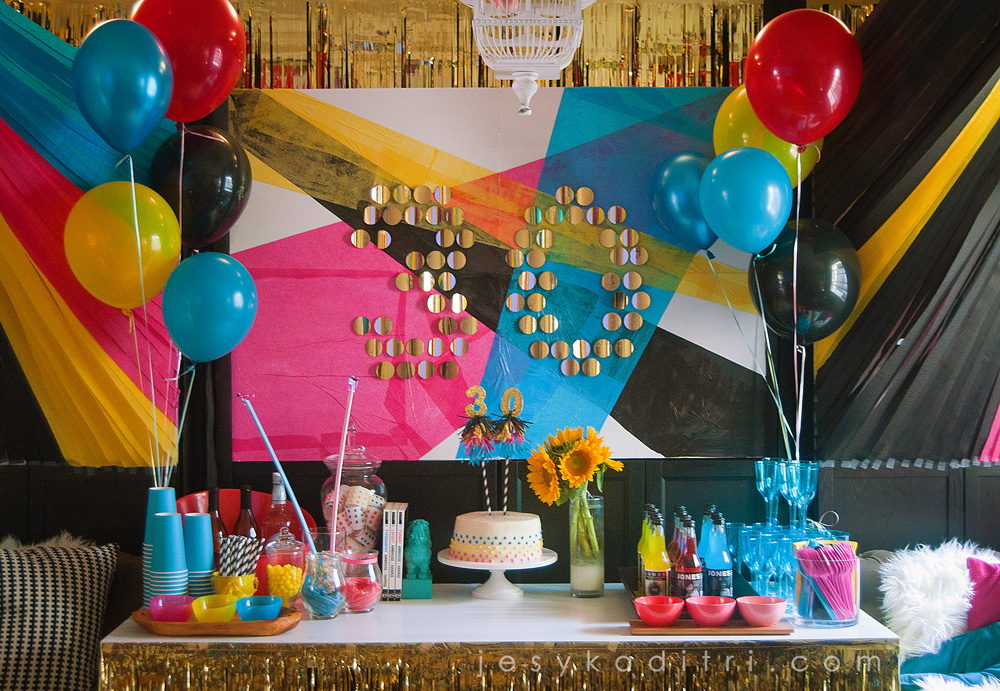 I always wanted to do something special for my husband’s 3oth birthday. I felt like he had always pulled the short straw as far as his birthdays would go; Before we were together I would avoid his birthday, because I didn’t want to give him the wrong (or the right?) impression. We spent the first birthday he had after we had gotten together moving into our apartment. The next year, our wedding was only weeks away. And the year after that we had a two week old! I did get balloons and a cake and a bunch of people together for sushi for his 29th birthday. (We typically go to sushi on his birthday, because his birthday is on Cinco De Mayo, which is a really big deal in LA–so sushi restaurants are usually empty!). But for his 30th birthday, I wanted to have a party.

I resolved to have both Laelia’s and Tyler’s birthday parties at our apartment, exactly two weeks apart. Looking back, I still revel in lovely anticipation of the clean house all rearranged to accept many people, and the energy of the crowd. I so wish our kitchen was done then (we didn’t start work on it for another couple of months), I wonder how much more I would have enjoyed it!

I decided to go with a CMYK color theme after a little thought about how much my husband likes process blue, which isn’t the same, but pretty close to cyan. He is a software-engineer-turned-user-interface-designer, and I thought he’d enjoy something punchy and graphic, with a reference to design. CMYK lends itself to a party theme super easily! Of course, most items are not true cyan, magenta, yellow, or black, but the effect is still comes across strong.… END_OF_DOCUMENT_TOKEN_TO_BE_REPLACED 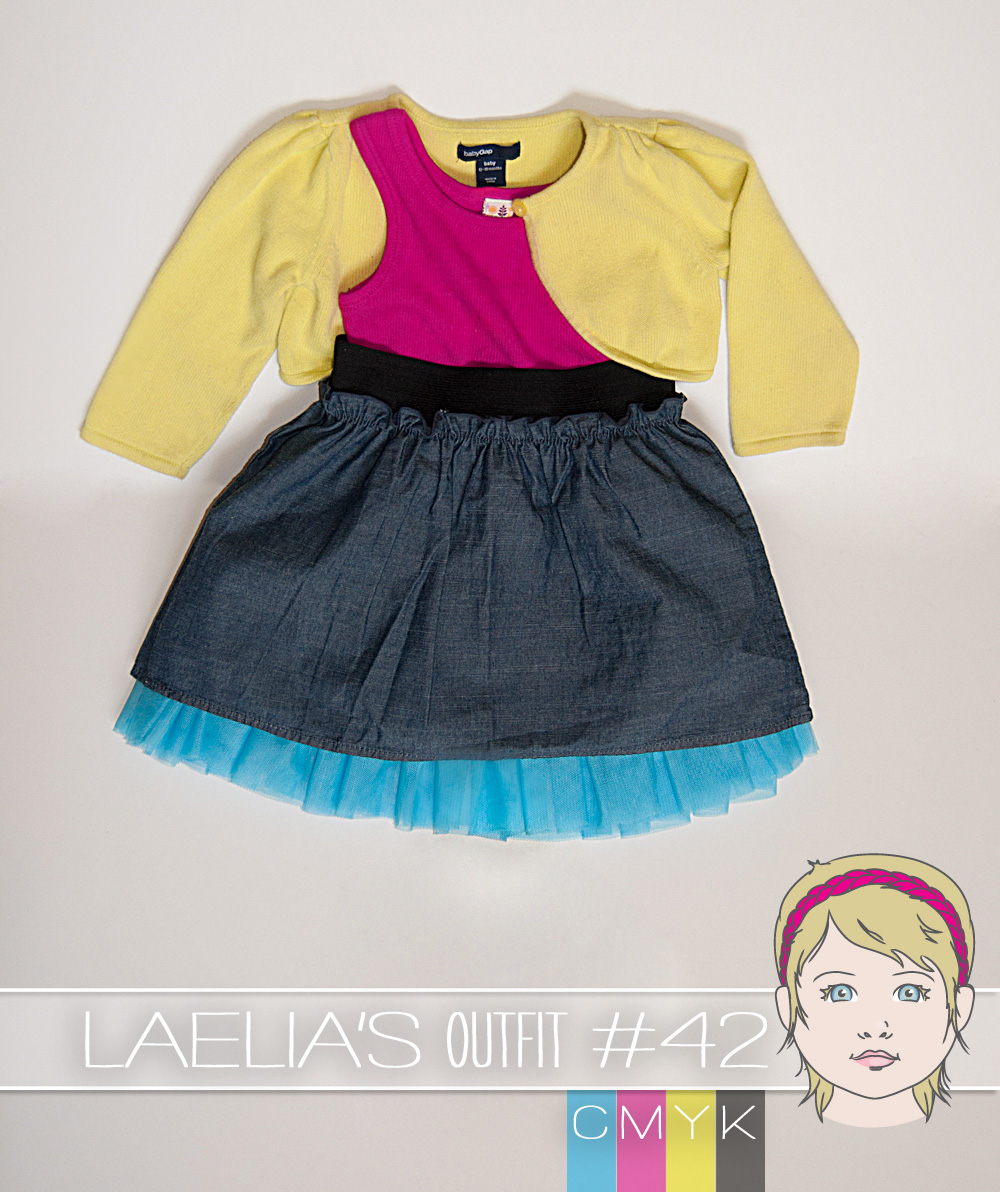 This outfit is from (gasp!) Tyler’s 3oth birthday. Which, if anyone remembers, was last MAY. So, yeah. It also means that tomorrow, I’m finally posting the party! Say WHAT?! Yeah. I’m excited about it too. :) 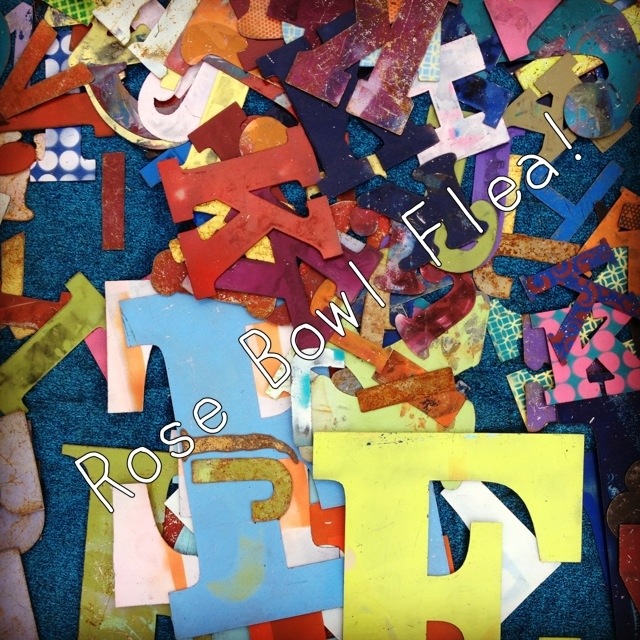 In an attempt to keep up with my 30 days of blogging, I’m going to attempt to blog from my phone! We’re driving to our friend’s house for a get together! We spent the day earlier at the flea market, and I’d love to share bits of our day here on the blog! 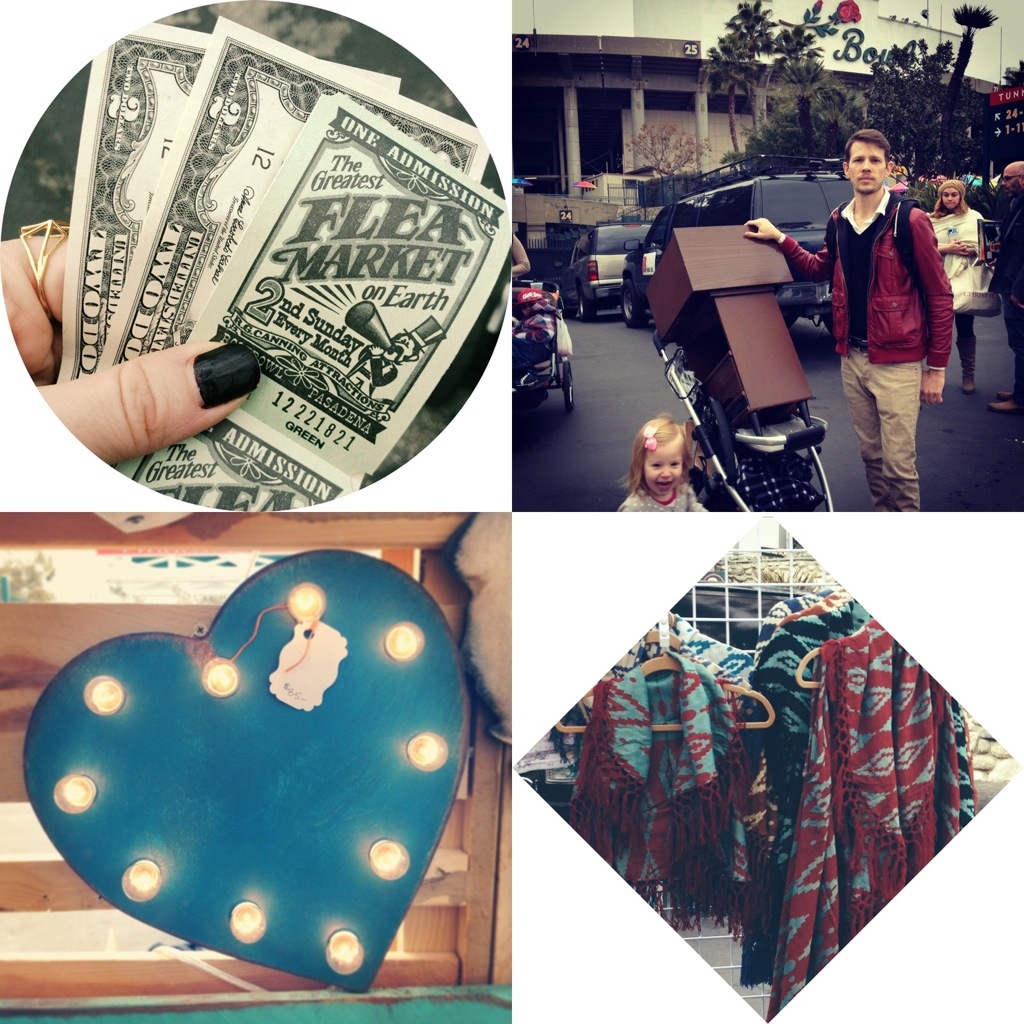 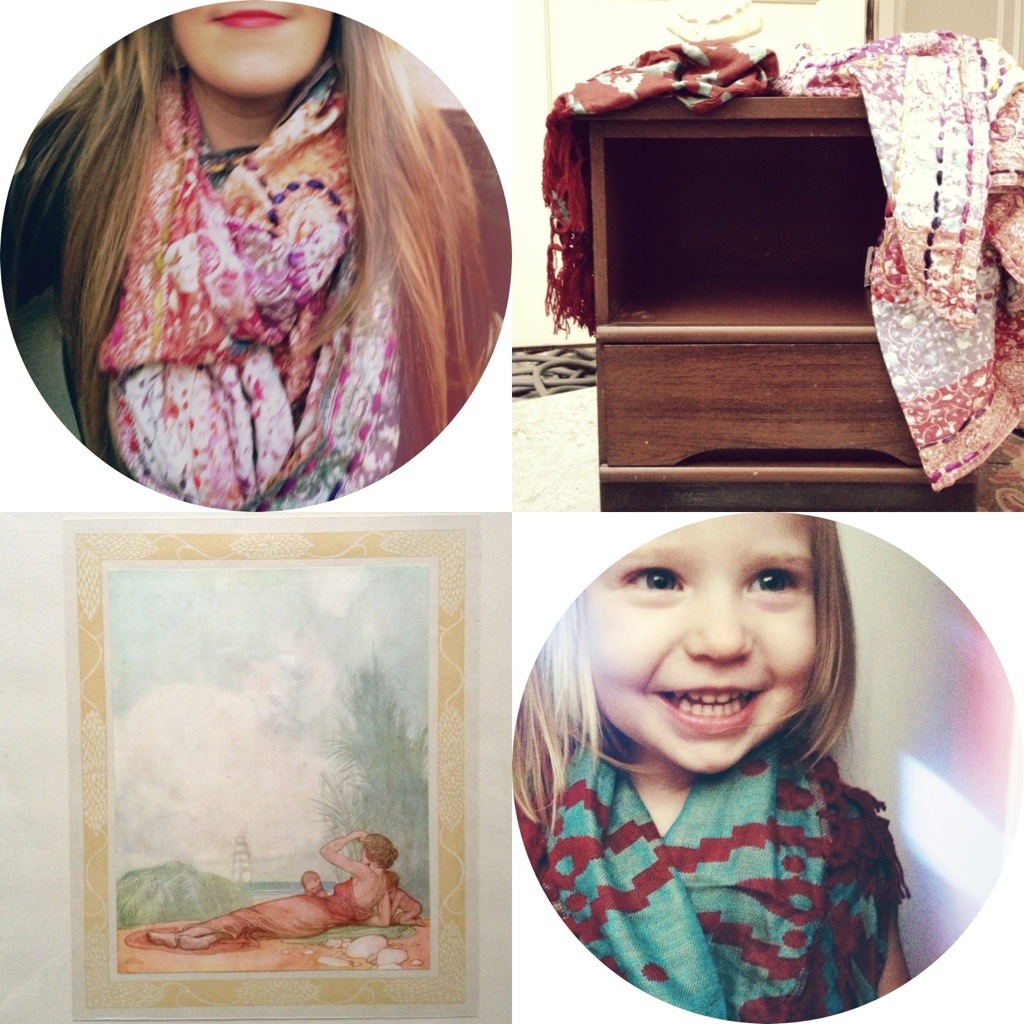 Laelia and I got scarves, I got an amazing print from 1912, I found a silly little bust for five dollars, we bought a marquee heart for Laelia’s new room, and, best of all, We found midcentury night stands for five dollars a piece! I was just losing hope, and as we turned a corner I saw them! I asked for price and she said five dollars. I had to make her repeat it twice! I’m super excited to make them over! 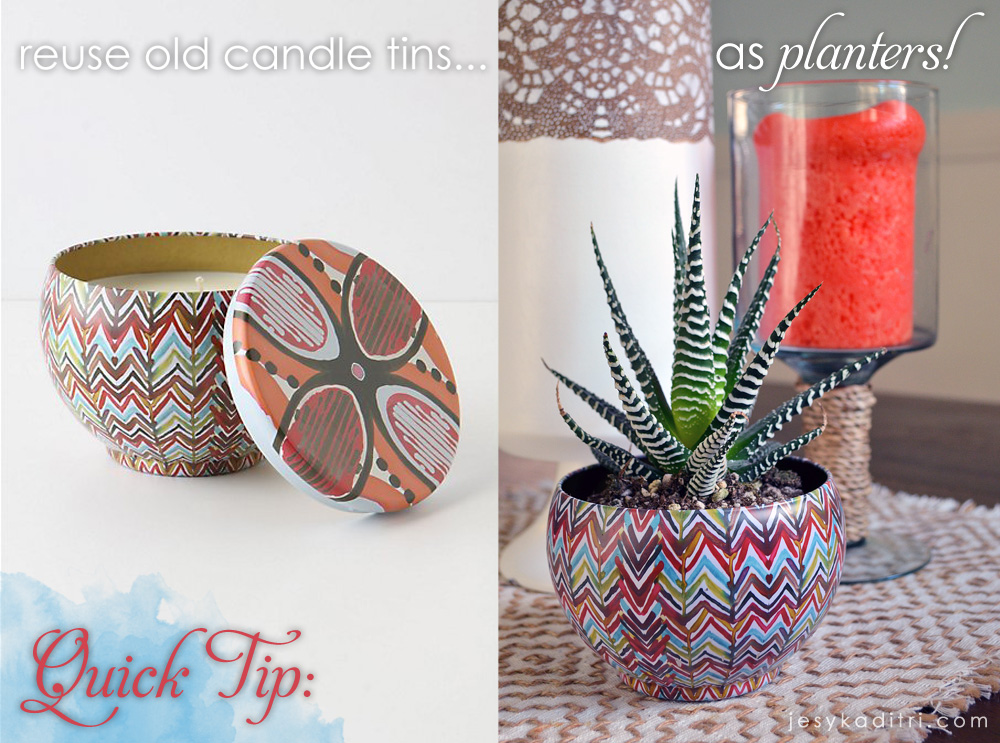 First you may need to freeze your tin to remove the remaining wax from the candle. Follow this tutorial! 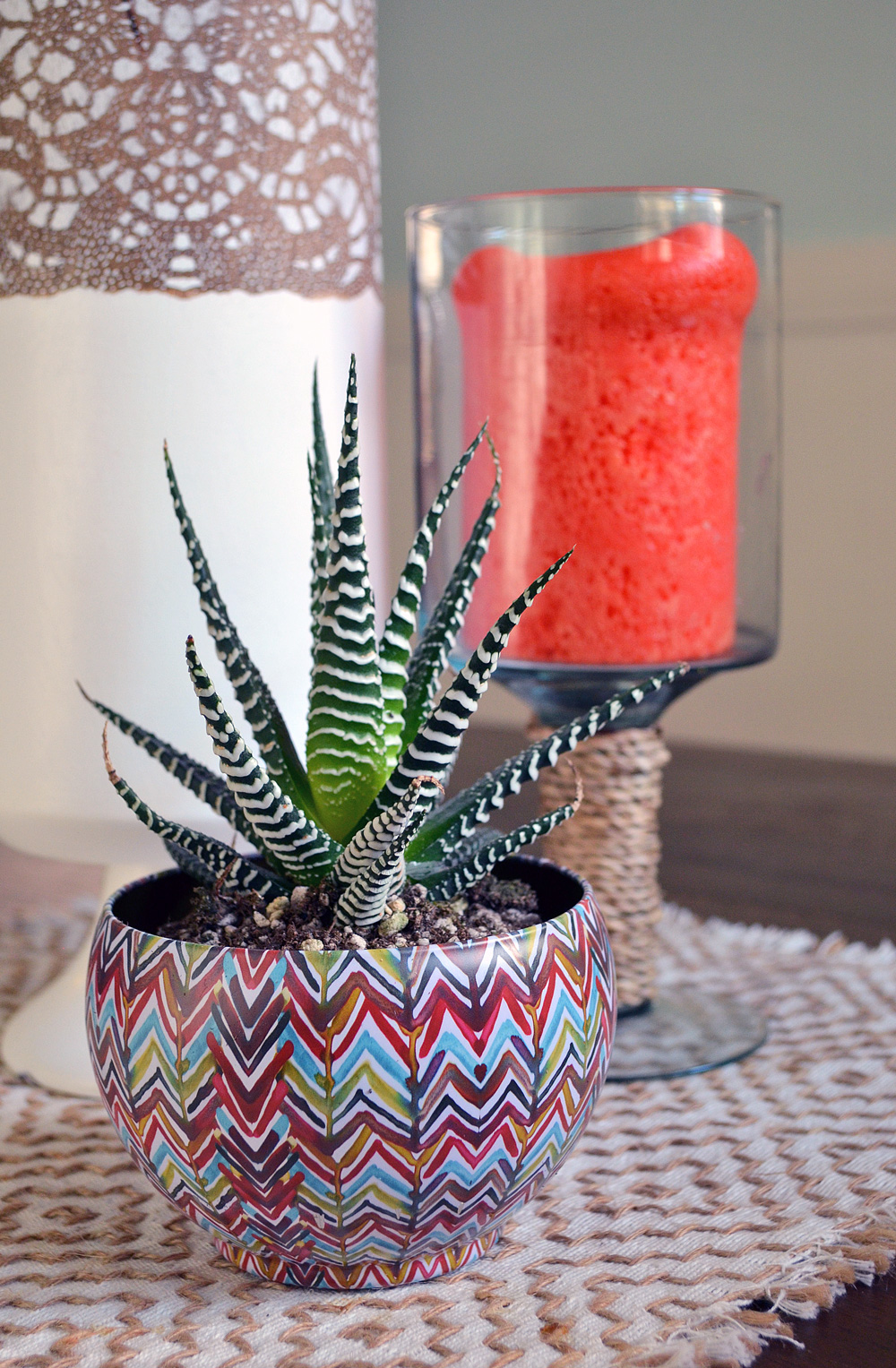 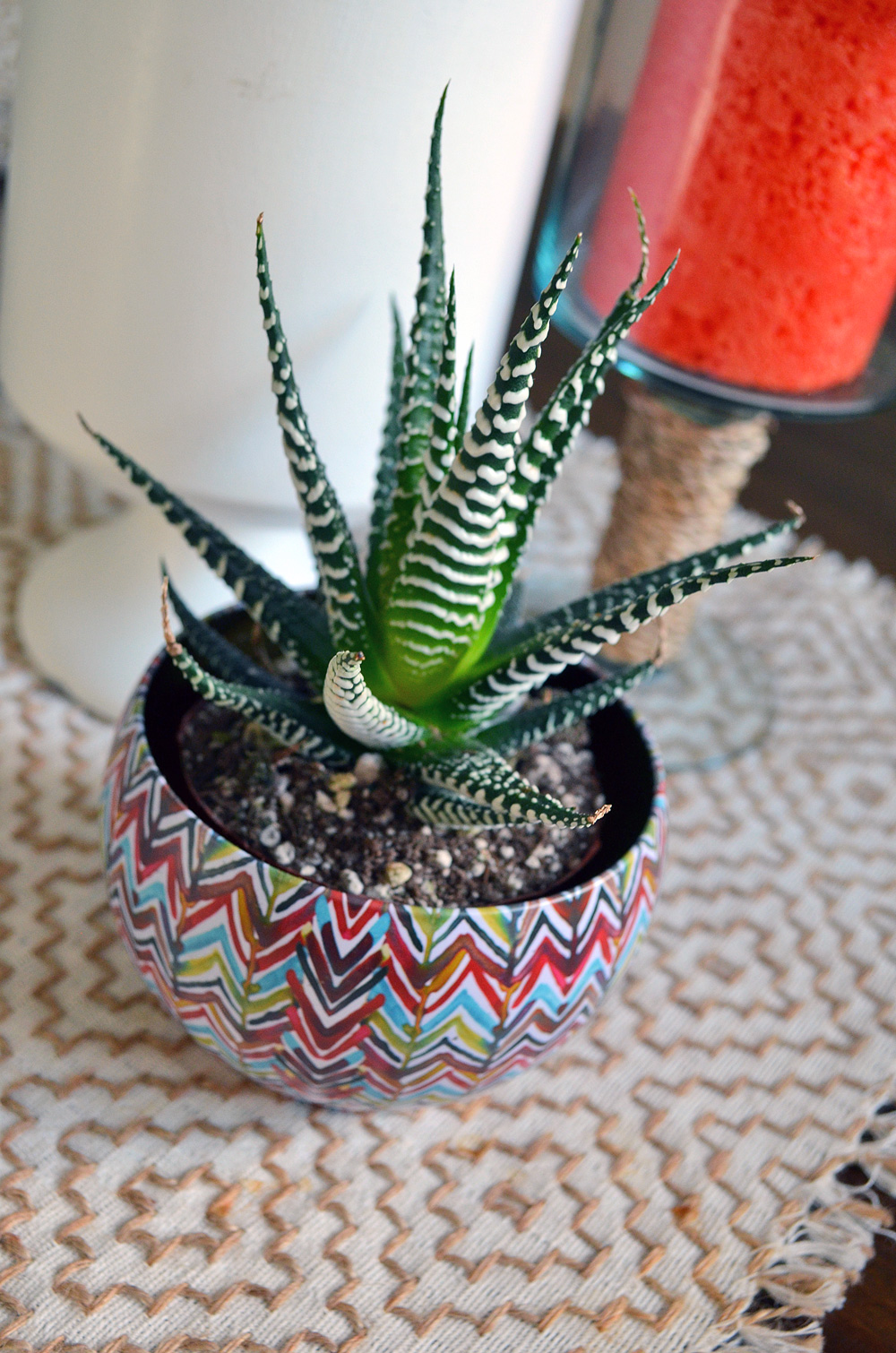