So, you may have noticed that I have a new name for my blog, visual vocabulary. It literally came to me in the middle of the night last week (I have trouble sleeping, because I’m always designing something in my head). I have been trying to determine what exactly I want this blog to be about for a long time now; a lot of people think blogs need to have a razor thin focus, and quite frankly, I just don’t want to be limited like that (I believe artists need to be limitless to really live up to their full potential)… and since this blog is primarily for me and my creative pursuits,  and not to please anyone else, I don’t think I need to make sure I only post about home decor, or art, or paper designers, or fashion, etc. So I want a name that sums all that up! And so when I thought about how on my resume I have “strong visual vocabulary” listed as a strength, I thought “DUH! That should be the name of my blog!”.

When I say I have a “strong visual vocabulary” I’m saying that I know and use a lot of terms relating to the visual world that the average person doesn’t know, or use, or even have the need to know or use. It’s about using language to describe what you see, and if you think about it, it’s not necessarily an easy task. Consider a situation in which you are asked to describe a photo. If you have a design or art background, hours and hours of sitting in meetings, critiques and art theory & criticism and art history classes have given you a robust set of words to pull from to describe something. But someone who lacks that background is usually limited to primary, secondary and occasionally tertiary colors, and basic words like “old”, “big”, etc.  I think it would be an interesting study to give people of varying backgrounds the same batch of photos, ask them to describe  them to each other, and then have them try to guess which photo they are describing. The outcome would perfectly illustrate the what I am talking about! How many times has someone described something to you, and when you finally saw it you thought, “this is not at all how I imagined it”. That is the power of visual vocabulary, for good or bad.

When you are a professional in the design world, part of your job is to interpret what the suits are saying, and reiterate using visual vocabulary. As with all jobs communication is key, but as designers a lot can get lost in interpretation. It’s of the utmost importance to use language to describe every detail to ensure that you and your client are on the same page. A tiny bout of arrogance in this manner can have disastrous consequences… for instance, I had a client that said she was doing a nautical line of girls clothing, and she wanted “nautical, but not geeky”. I said I totally understood what she meant. Our problem was that we had two totally different ideas of what “nautical, but not geeky” meant. I made her some graphics and she came back with “not literally nautical”. If I had asked her to elaborate a little more on what she wanted, perhaps she would have mentioned she didn’t want a literal interpretation of “nautical” before I drew a bunch of anchors and compasses and life rings. Lesson learned.

So, now that I have explained what the term means to me, let me explain how it relates to my blog. While words help us draw a picture in our imagination, an image can help us understand language. In fact, part of the reason why it can be so hard to talk about something visual is because the object does such a good job explaining itself by just sitting there and existing, and having someone look at it.  (Does it still exist if no one is looking at it? We will never know… ~.^) Words pale in comparison to an actual sighting. We draw so much from a vision that we know and understand with out the use of vocabulary; the image itself becomes a part of our vocabulary, even if it is silent. And so, since my blog is so focused on aesthetics, I thought I do a lot of my primary communication through images in addition to words, I felt that visual vocabulary summed it up.

Looking back, it’s totally not a surprise that someone who holds degrees in both fine arts and visual anthropology would end up with a blog called “visual vocabulary”. Hee. Also, I have other visions for this term… and I snagged it on etsy. Score! And so ends a post where I include no images, but I talk a lot about them. How self-reflective! Post-modern post is post-modern. >_>

Hi All! I would like to announce that I will be blogging over at the WonderCraft’s blog, Get Crafty, Austin! once or twice a month. I will probably share some of what I do here, but with a more crafty focus or twist. I hope to have some tutorials, and document the awesome craft shows and flea markets we get out here in Los Angeles. It’s a very exciting new opportunity for me!

Dress your baby in Etsy

I was hoping to post the inspiration board I’ve been throwing together for Laelia’s first today, but I’ve hit a snag, and it won’t be ready quite yet… But instead I’ll share the snag with you!

I’m a planner, more than I had previously thought. Not so much in a “what are we going to do” way, but much more of a “what is it going to look like” way. I suppose it would be much more useful and pragmatic to be more of the former, but my aestheticism takes over everything, I just can’t help it (I remember wishing that the entire house, down to the walls and the couches could be red & green during Christmas because it clashed with the southwest colors going on in my mother’s newly redecorated living room– of course now I eschew a strict Christmas pallet of forest green and brick red, but I don’t think I understood you could break the Christmas-color rules when I was 7). So, I like to plan outfits (amongst other things…)! And lately, it’s been more fun to plan Laelia’s outfits for special events, seeing as I’m not back into the size 4’s I’d be okay with spending our limited cash on. Not that she’s going to be able to wear her dresses for much longer than I would, but you know… she has an excuse. See? I’m pragmatic. I don’t buy myself clothes until I can fit into all of my old clothes! … >.> (… and meanwhile, I have nothing to wear).

So, I began to look for dresses for my little, and I start with Janie and Jack (because babystyle no longer exists). JnJ always has amazing party dresses. I call it “baby anthropologie” and while it is WAY too matchy matchy to really be on par with anthro, I find myself using the phrase more as a way to identify with the level of detail, quality and quirkiness you expect at anthro (although JnJ is still considerably less quirky =/ ). Laelia has the JnJ Santorini dress, and I knit her a cute little shrug and some mary janes to go with it, but obvi she’s no longer 3-6mos. I didn’t love anything they have in stock now, but I did love some stuff on eBay. And then I thought to look on Etsy.

Searching for things on Etsy can be difficult, especially if you are looking for something you have never done a search for before, or you haven’t been led there by another website. You have to sift through a lot of kitsch, and not the kind of kitsch you grow to love, but the kind that makes us gawk at some of the handmade creations of of yester-year. ESPECIALLY children’s things. It’s mostly bad fits and poofy and tulle and glittler and sparkles and zebra print and marabou  and ruffles in all the wrong places (*disclaimer* I do like some of these elements, but rarely all in the same product and I’ll never like bad fits… or zebra prints). Maybe I’m strange for thinking a lot of this stuff is tacky, and some of it is cute, but it still lacks that something–like the difference between Arial and Helvetica. However, I did find some genuine gems out there in between all the pebbles and the colored  faceted plastic, and obviously they were so good I decided to change my whole post, and I just might have written the longest one yet! 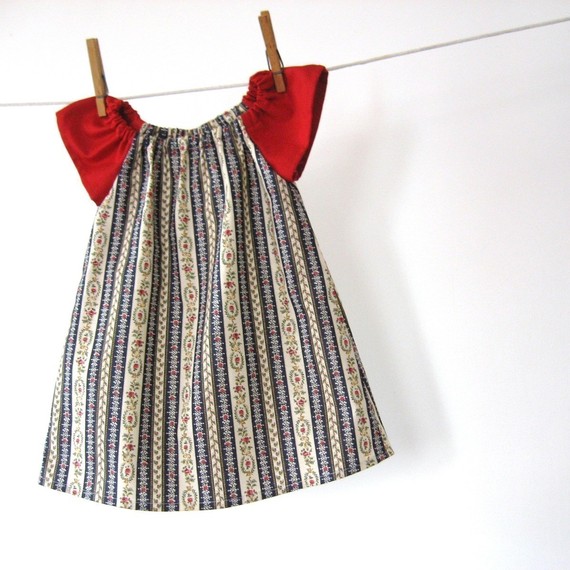 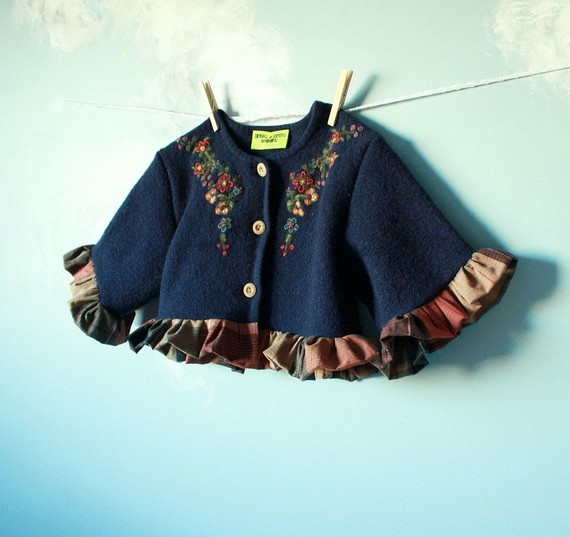 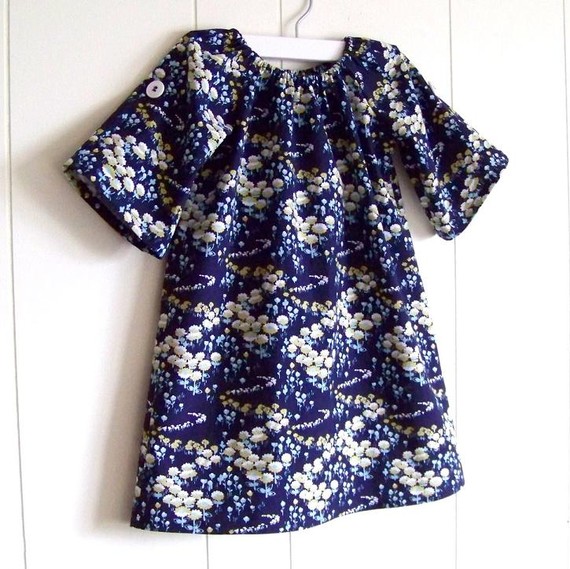 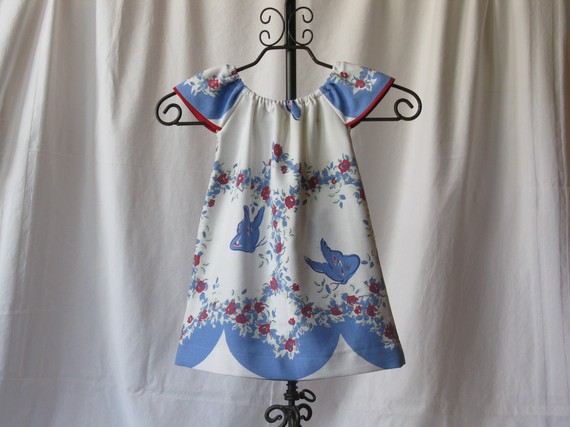 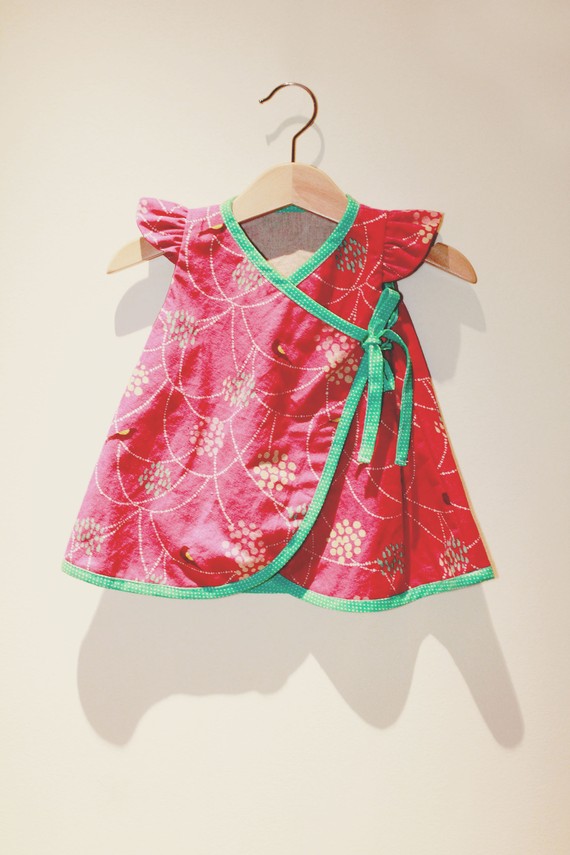 … one final note: I could go on and on here about sustainability (❤) but I’m sure it will come in another post. Just support the WAHMs of the world! 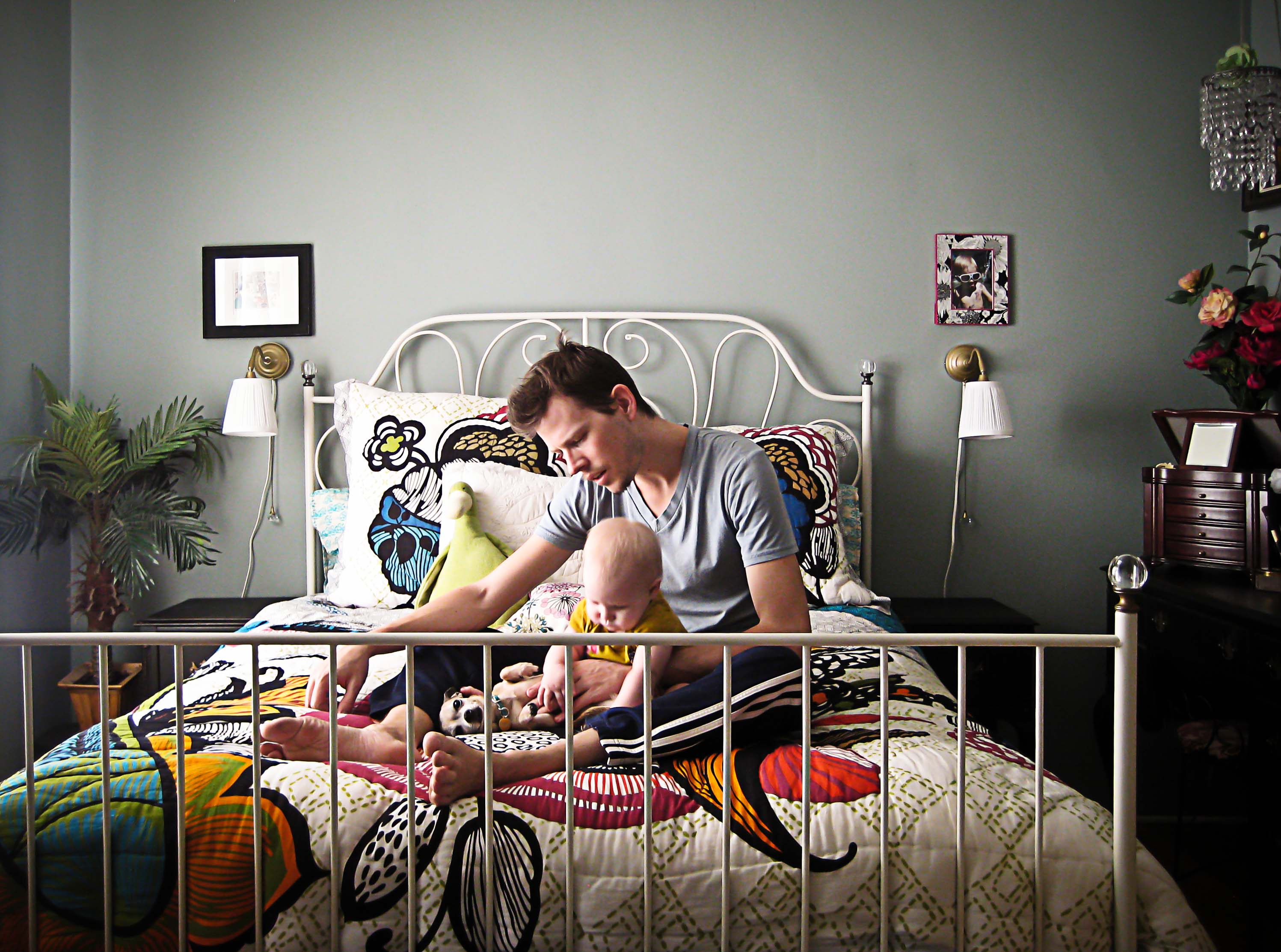 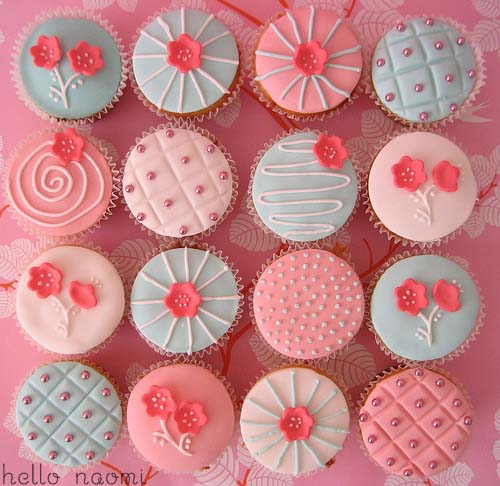 I finally did it; I discovered who made those cupcakes I flipped over when I saw them and they went immediately on my wedding inspiration board! Australian robot programming engineer turned baker and party stylist Naomi, of hello naomi & scissors.paper.cake (her joint event design company with Nathalie Rivet of imprintables who makes beautiful paper goods) is behind not only these beauties, but she is also behind those lovely geekery cupcakes that I keep seeing around the internets: 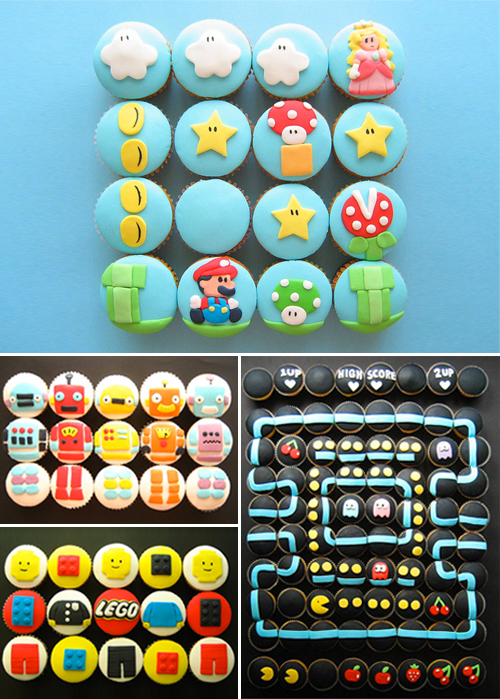 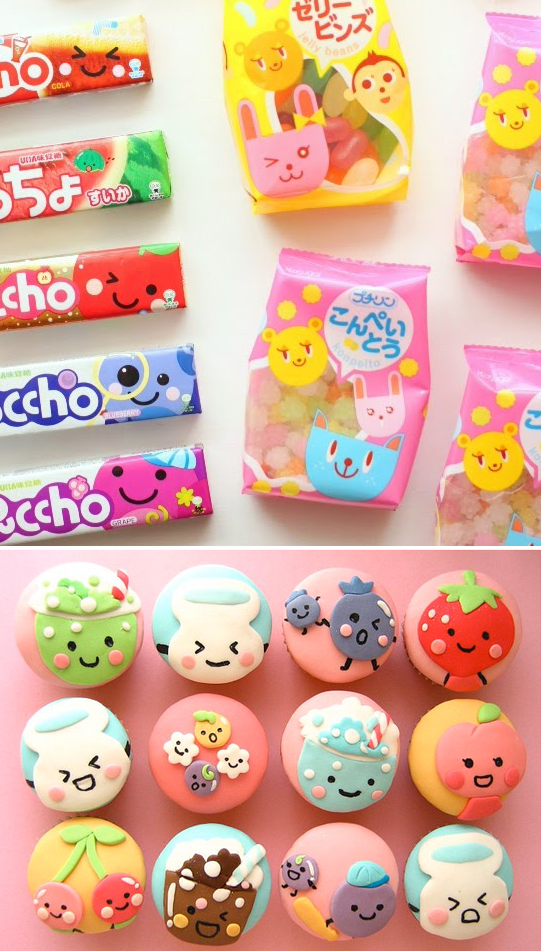 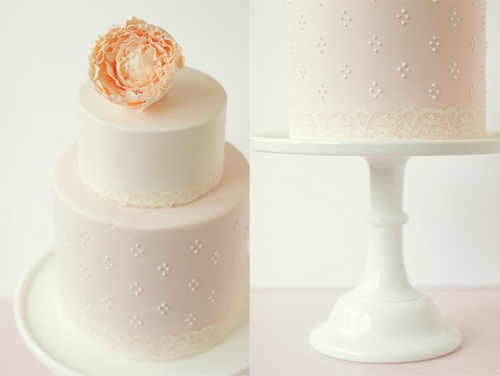 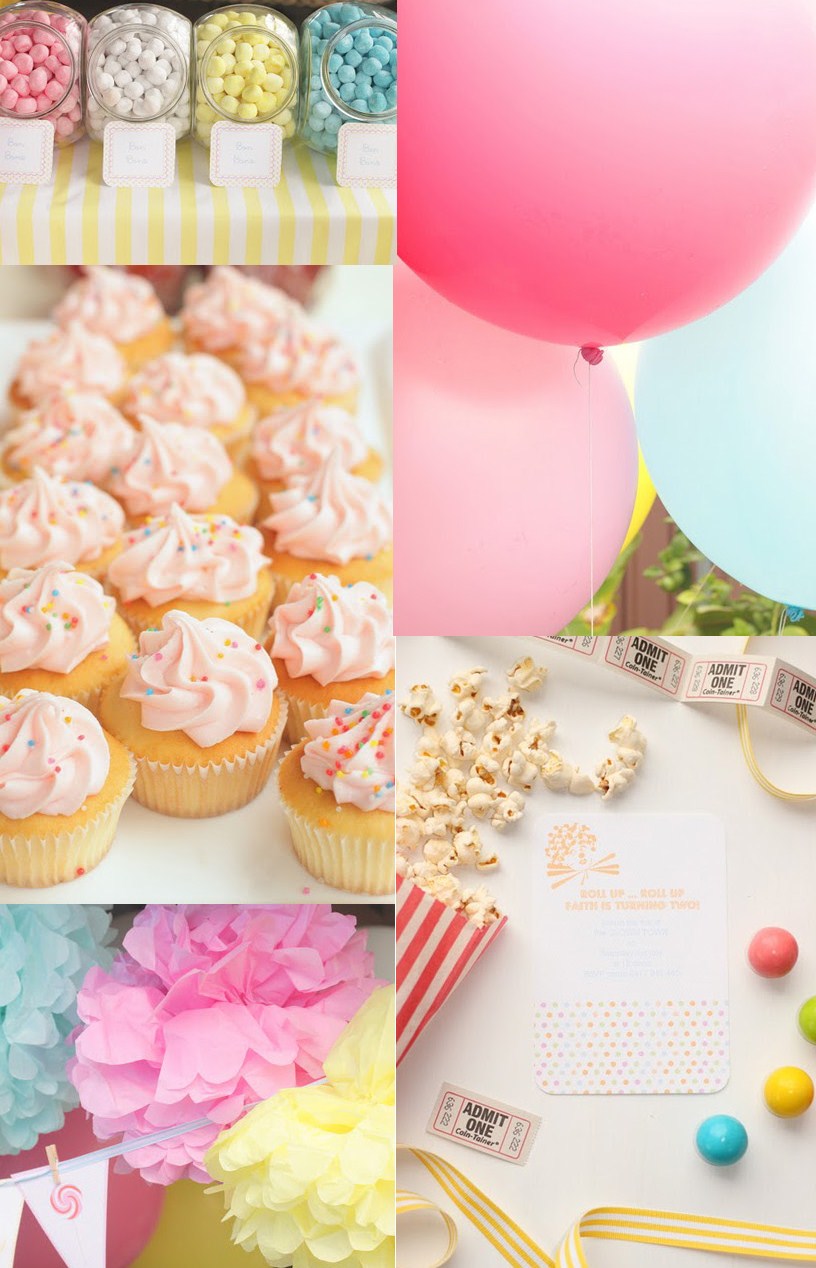 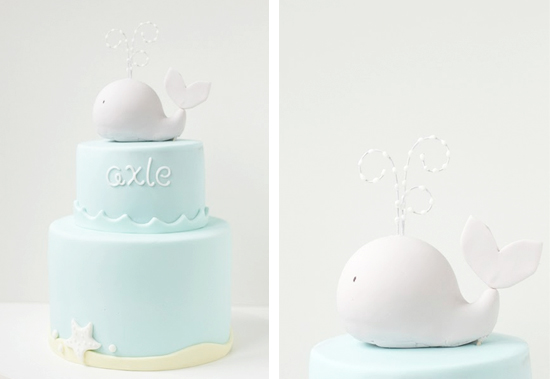 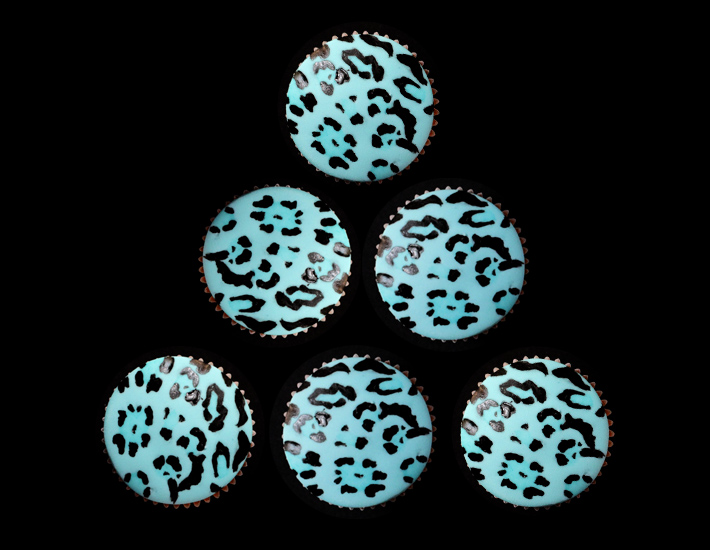