The Wonder of Nature Baby Shower 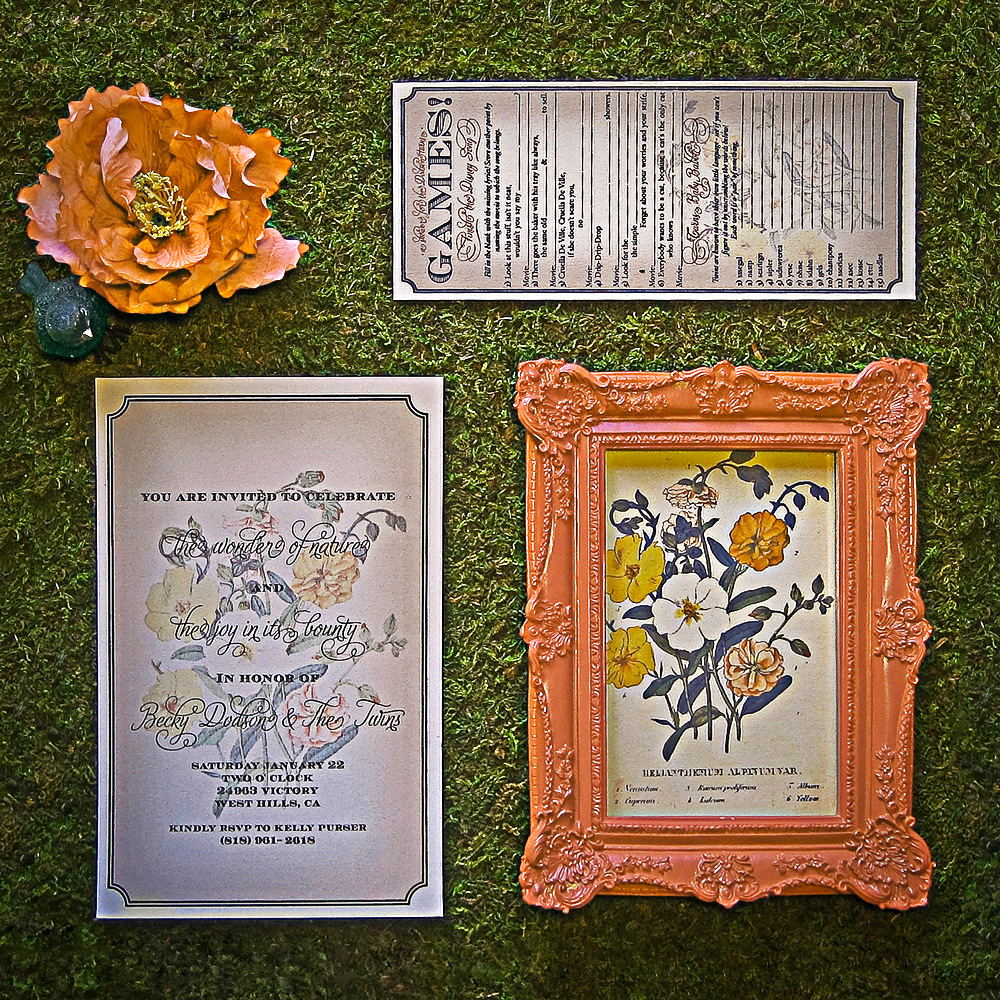 Saturday I went to a beautiful baby shower for a very close friend of mine, Becky (whom also happens to be my husband’s cousin’s wife, and as his immediate family are all in another state, he acts as a surrogate brother, which has made her my surrogate sister-in-law). Her awesome babysitter threw the shower, and I insisted on doing the invitations. The inspiration came from some  nature journal artwork the mom-to-be had found, that I then ran through photoshop to delete the text and get some pure whites, and then added some distressing and put at 50% opacity. The script font I used is Alejandro Paul’s (my favorite contemporary typographer) Adios, and the serif font I used is currency which is essentially the font used in U.S. currency. I wanted the typography to posses both a feminine whimsy while still remaining true to the original vintage nature journal inspiration. I added a vignette within a border to anchor the artwork and finish it off. 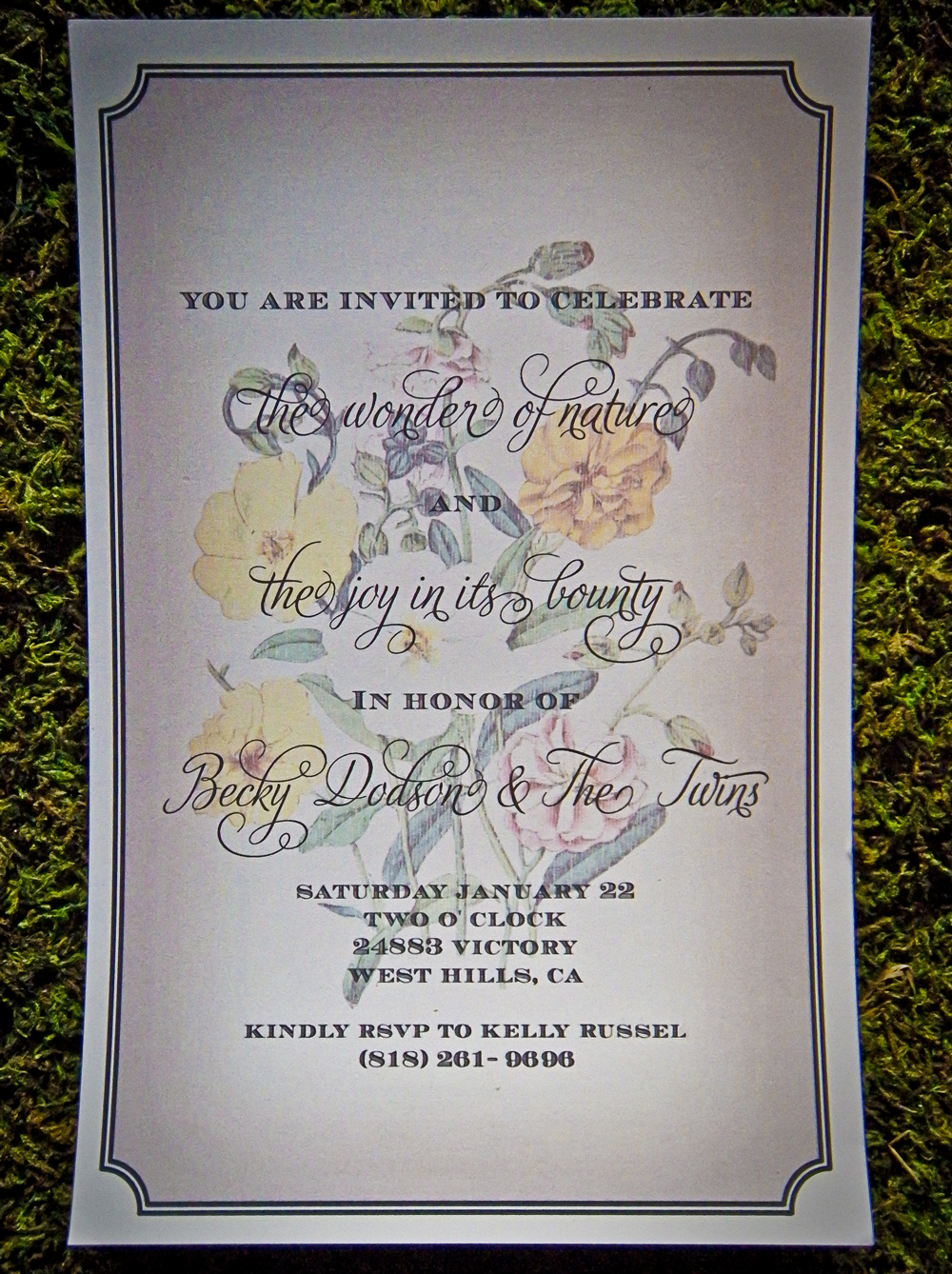 The hostess is going to put together a little scrapbook for her, so she wanted a little card we could all fill out with questions like “How do you know the mother to be”, and “Where did you travel from” and “What are your wishes for (insert names here)”.  I saw a cute example with a space for a photograph of the honoree, and I figured, OH I might as well draw it to stick with the aesthetic. :)  (it kinda looks like the drawings on money, huh?) Since she is having twins (!) and their names are Azalea and Iris, I thought I’d  find some nature journal artwork of those flowers and include them too. 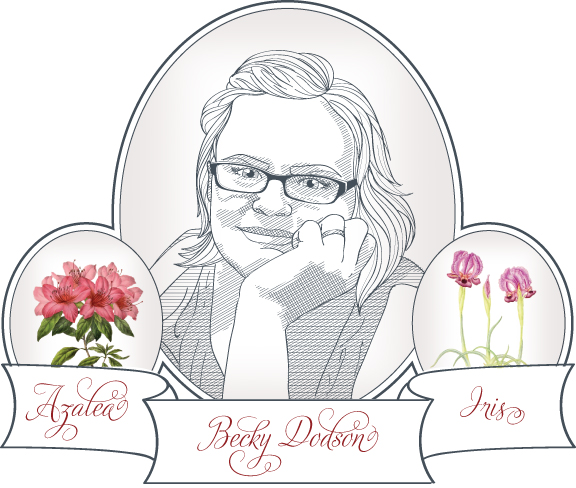 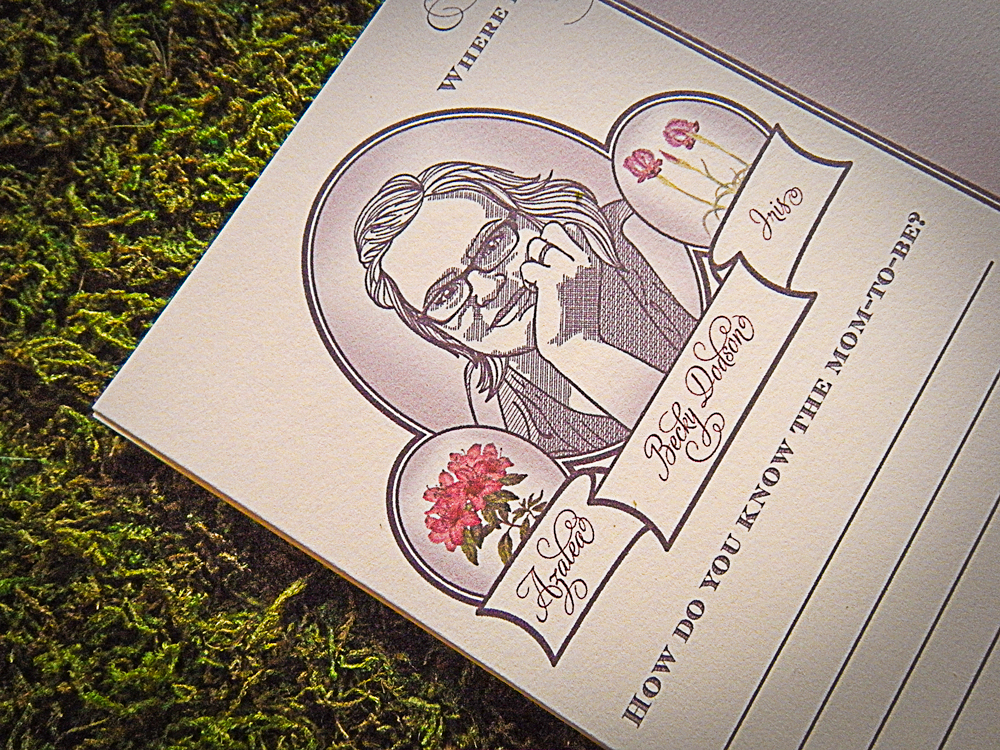 Finally, I made a game sheet with the Disney game I made for Beth’s shower (on a side note, maybe I need to make this easier… way less people know these than I expected! And I purposefully added movies from the 50’s and the 70’s for the older crowd…), and the hostess gave me a game called “twins babble” which was cute. We also did “celebrity baby” and included pictures of the Becky’s three (already earth-side) children, in which she guessed a picture of her son Ocean was actually Laelia, and we joked because it is the exact picture she sent me a few months ago saying something like “Ocean looks just like Laelia here!”. Then we ate yummy lemon cake and drank champange from pretty little glasses, and watch her open presents (lots of socks, outfits x 2, and cloth diapers). 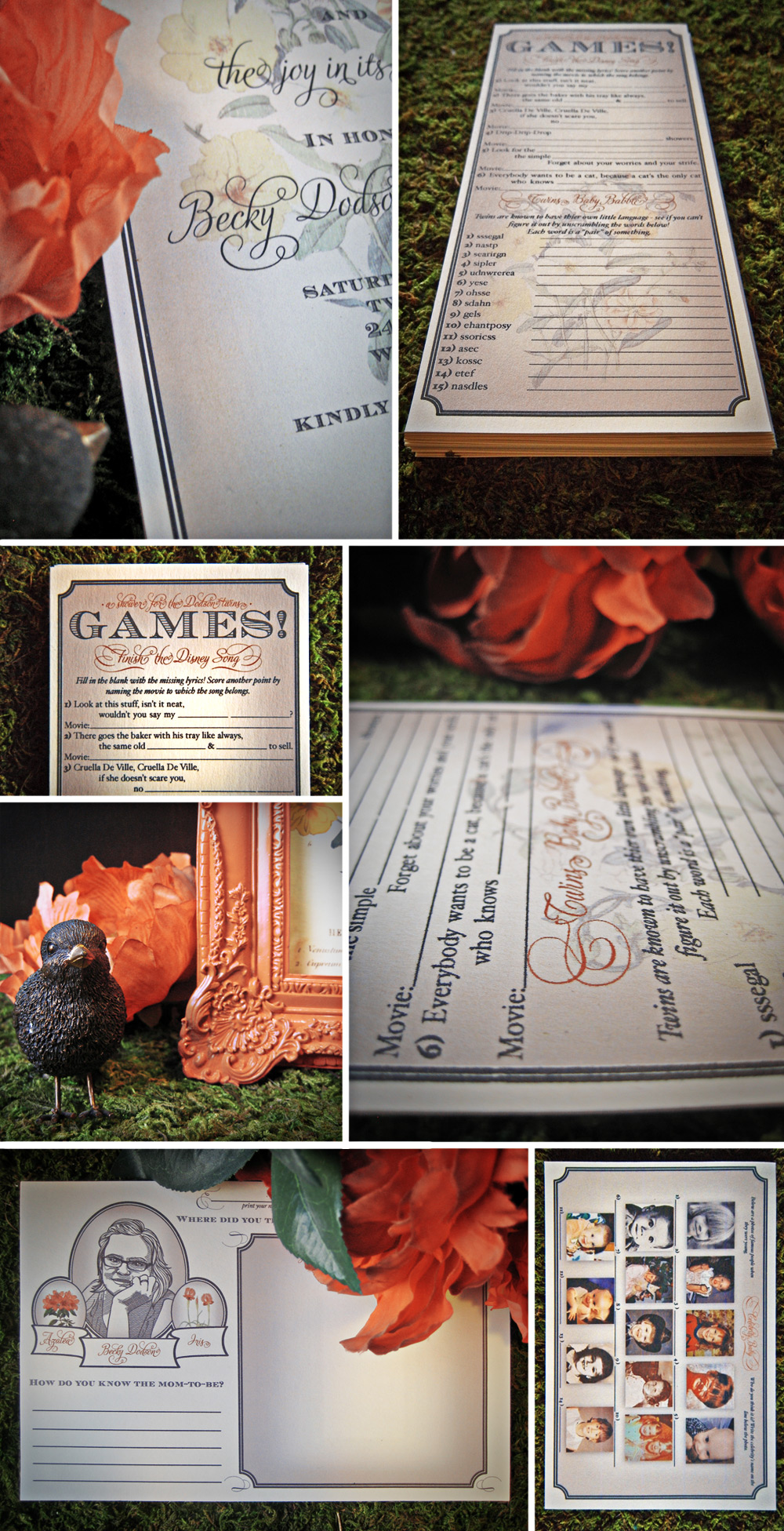 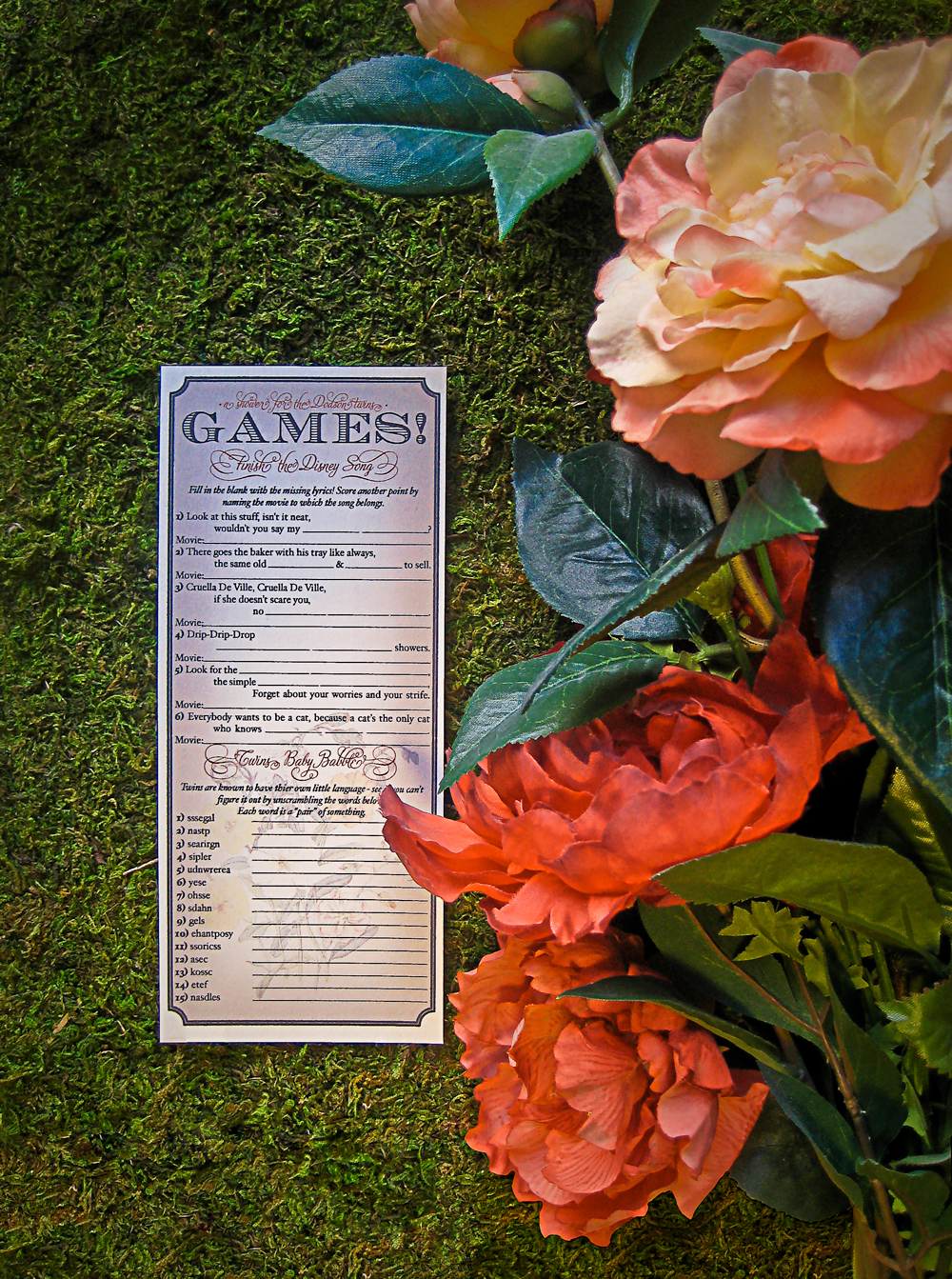 
5 Responses to The Wonder of Nature Baby Shower